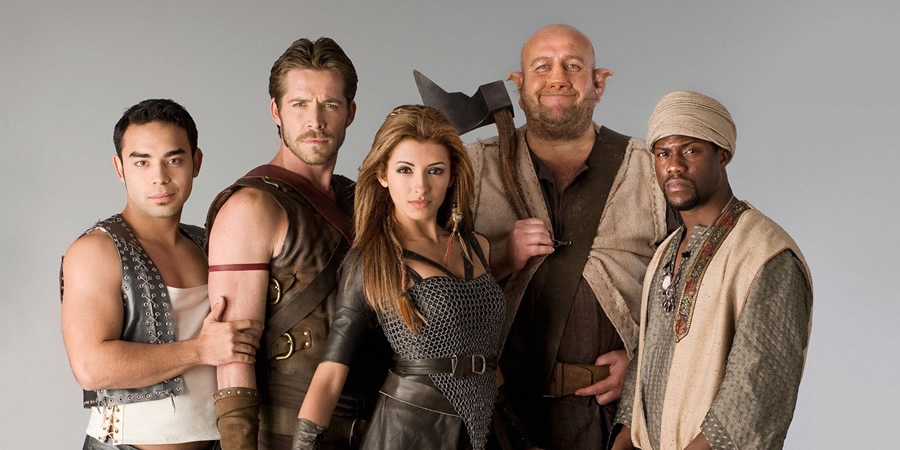 Krod Mandoon And The Flaming Sword Of Fire is a live-action comedy series, billed as a "character-driven show set in an ancient fantasy realm". The series follows the adventures of reluctant hero Krod Mandoon, a thin-skinned and under-confident freedom fighter, who is the last great hope in the struggle against the evil ruler, Chancellor Dongalor.

To help fight the great fight, Krod has assembled a band of remarkably ineffectual gang: Aneka, the beautiful pagan warrioress whose weapon of choice is sex; Loquasto, the oafish servant with bad aim; Zezelryck, the young warlock whose greatest magical gift is spinning a line; and Bruce, who's simply fabulous.

Together, they must overcome a myriad of evil obstacles in their quest to save the world, including name-calling, hired assassins and bad hair days.