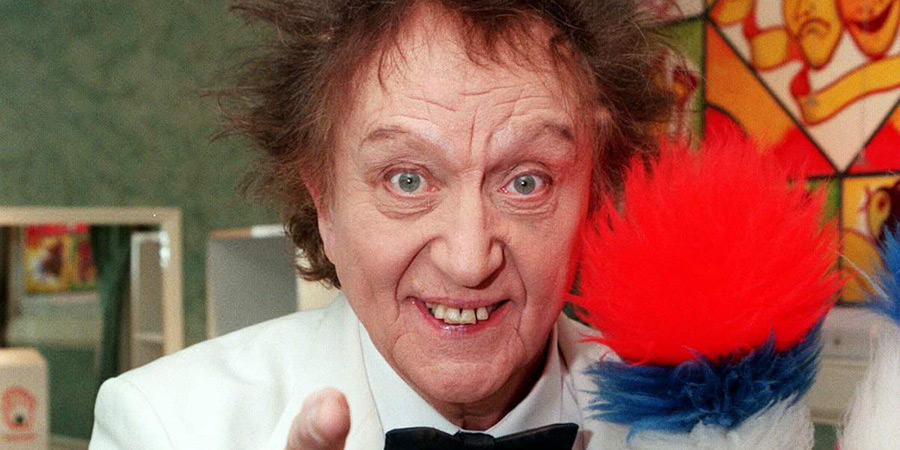 Ken Dodd: In His Own Words

Definitive documentary about the career of Ken Dodd, featuring an interview with the comedian

Often called Britain's greatest living comic, Channel 5 is tickled to bring you the true story of Ken Dodd OBE. Delving into the archives and digging out top performances, this is the tattyfilarious tale of a true talent, the last of his kind. And who better to tell it, at 89 years young, than the great man himself?

Hilarious live shows, rare interviews and contributions from friends, colleagues and contemporaries combine to reveal the life of Britain's hardest-working comedian, all told in his own words.

Ken's love of comedy was shaped by his coalman father's passion for variety shows. He played his first paying gig at an orphanage at just nine years old, and an incredible 80 years later he is still filling theatres all over the country with his extraordinary and unique brand of comedy.

This is the man who broke all records at the London Palladium and became the must-see act of the 60s, playing to prime ministers and superstars of stage and screen, such as Bob Hope. He even hung out with those other legends of Liverpool, The Beatles.

Viewers will also uncover the truth about Knotty Ash (yes, it really does exist) and find out why his shows have become infamous for just how long he manages to keep going. Ken was once asked to stay on stage even longer by a theatre manager, who was afraid that the audience would riot if he left!