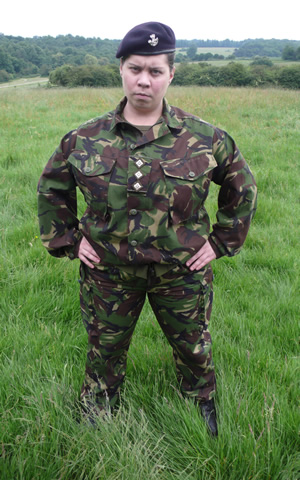 Here is an interview with Katy Brand, conducted in the run up to the start of the 3rd Series...

It was very exciting but mainly it was a relief! I didn't have a speech prepared but I just knew the people I wanted to thank. Its such a group effort with the show, I wanted to make sure that everyone who worked on the show, even if I couldn't name them, all felt they were included in the award.

I hadn't really been drinking all evening so I just sat at the table watching the people around me become more and more drunk in slow motion. I got very drunk immediately after winning it! I felt reasonably in control by the time I got up there! I was nervous and I thought which ever way this goes I just don't trust myself when I'm drunk!

What else have you been up to since the last series of Katy Brand's Big Ass Show?

I made a film called the Good Arrows which Irvine Welsh wrote and directed. I've been on holiday and then we're back writing the new series in January. I've also done a couple of radio shows; I did a radio show for Matt Lucas so I've sort of been doing really fun bits and pieces, a couple of panel shows and stuff like that.

It takes me to October to really get everything sorted for the series, the work is January until October, then there's a couple of months to have a bit of fun and do some other bits and pieces and then we start writing again! It's almost like having a job!

Do you find that fans now recite your characters catch phrases
when they see you in the street? If so, which ones?

Yes I do from time to time. I get recognised two or three times a day which is a bit surreal but nice. The weirdest one I ever had was a homeless man in his fifties with long dreadlocks and a can of cider in his hand. He came lurching up to me at three in the morning in Soho and shouted "I'm Normal". So from that day on I gave up trying to figure out who watches my show! 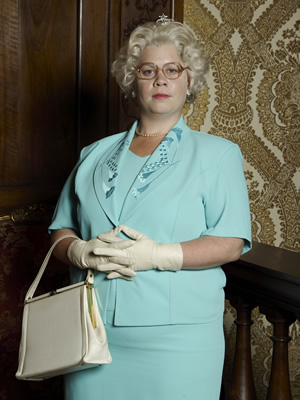 What new characters can viewers expect to see in Series 3?

Then we've got some new celebrity characters including Penelope Cruz and Gwyneth Paltrow and some characters returning from series one which we didn't do in series two, like Jennifer Aniston. We've also got some new original creations, one of whom is a woman who doesn't know she is married to a serial killer.

Which characters are returning and how have they developed?

Jesus's Girlfriend is returning but this time Jesus has got a new manager, Saint Paul who is played by Paul Kaye. Saint Paul is a slightly manipulative character who is helping Jesus' bid for stardom. We've got Captain Rosie who is presenting more in the style of her hero Ross Kemp and The Queen is coming back but this time we feature more of her family. We're going to see her giving Princess Anne and Prince Charles a good dressing down and trying to deal with Prince Edward's ongoing battle with the media. We've opened it up to feature more of the Royal Family and have some brilliant people in it who've done some brilliant performances as other members of the Royal Family.

We've also got Caroline coming back, things are getting serious with her boyfriend with disastrous results. I think the heart of the show is still there but we've got loads of new stuff around it.

What's your favourite character from the new series? And why?

I always love doing Caroline and Jesus' Girlfriend, they're just real fun for me. I also love our new Violet character who is completely unaware that's she's married to a serial killer. I found her really enjoyable and hilarious to play but I have to wear some of the most awful outfits! And I always like doing Cheryl the Olympic teenager not only because I wear and tracksuit and trainers for it, I just find her enthusiasm quite infectious it always puts me in a good mood when I've played her. 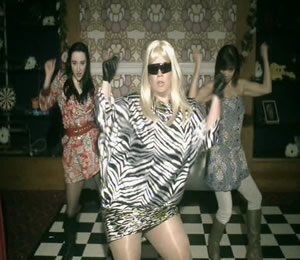 Would you ever consider releasing an album of the songs that you perform on the show?

Do you have a favourite song from the series? And why?

I do love the Lady Gaga spoof No Pants. That was a really fun video to shoot and it looks so great shot-by-shot as well. I think the Little Boots song is a really great track, it's called Weird You Out Tonight and its sort of a piss take of New In Town and its just a really good song. And I do like the Coldplay one because I've been waiting to stick it to Coldplay for a while!

Kate Winslet and Kate, Stella and Sadie are not in this new series,
why did you decide not to feature these characters?

We shot a sketch with Kate Moss and Sadie Frost for Comic Relief so I sort of think once I've done Kate Moss to Kate Moss there's not really anywhere else I can go with it, so we decided to lay them to rest. And Kate Winslet seems to be doing her own sketches now judging by her performance at the Golden Globes. There's not much more to say about her, I'm just going to take a back seat and let her get on with it I think. 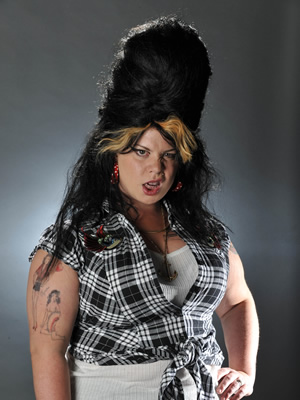 Is there a celebrity you wouldn't include in the series?

I don't really like doing anyone who's having a really awful time, people like Kerry Katona and also Amy Winehouse, we're laying off her partly because there's not a lot to say. We've done Britney Spears in this series but I think she's on a bit of an up swing so it feels better doing that now. I also prefer to do people who are internationally famous as well, so we tend to steer clear of British TV stars I think it's the A listers who really deserve it to be honest!

Have you had any feedback from any of the stars you've featured?

I've heard Adele really likes her one, so that was very sweet. Lilly Allen's mum really likes all the Lilly Allen sketches, so that's nice, I feel a little bit off the hook there.

How do you come up with the ideas for your characters?

With the celebrity ones, it's just reading lots of celebrity magazines and usually they'll have a PR type agenda they're pushing all the time. I just object to that! I think when someone's PR agenda becomes like somebody continually shouting in your face then that's something that I like to write down and get out of my system.

In terms of the non-celebrity characters, I think they're just parts of me really. We have other writers too who submit ideas and I just think if it makes you laugh and you can imagine it from the moment you start reading a sketch it's a sort of a bit of a no brainer. It's a combination of celebrity magazines, the inside of my head and ideas that come from other people.

What is your highlight of the series so far? 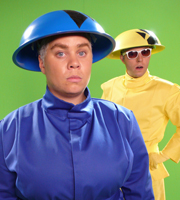 Which one of your transformations takes the longest in hair/make-up?

This series I did Neil Tennant from the Pet Shop Boys and had to have a bald cap fitted and it took three hours to get fully made up. Everyone was terrified of me after that, it's really horrifying because I look completely different. With the other characters you can see bits of me because we don't use prosthetic's or anything, but with that one I looked completely different. I looked in the mirror and I just didn't recognise myself which is quite a fright, I've never had that before!

How long does it take you to perfect a particular character?

We have lots of rehearsals and if they're characters that I've done live for a long time then I tend to know them inside out anyway, but it might take a day or two of proper rehearsals to really figure it out. Something like the voice of Gwyneth Paltrow we found quite hard because it's difficult to nail it exactly and still be silly. I don't want to do an impression so it's a just a matter of finding little tics or physical sort of things. With Jennifer Anniston we always show her smoothing her hair down with her hand, that resembles a stiff mannequin hand. I don't know if she does that, but it somehow seems very Jennifer Anniston to be constantly smoothing your hair down. So its sort of a combination of rehearsals, life performance and seeing what comes naturally.