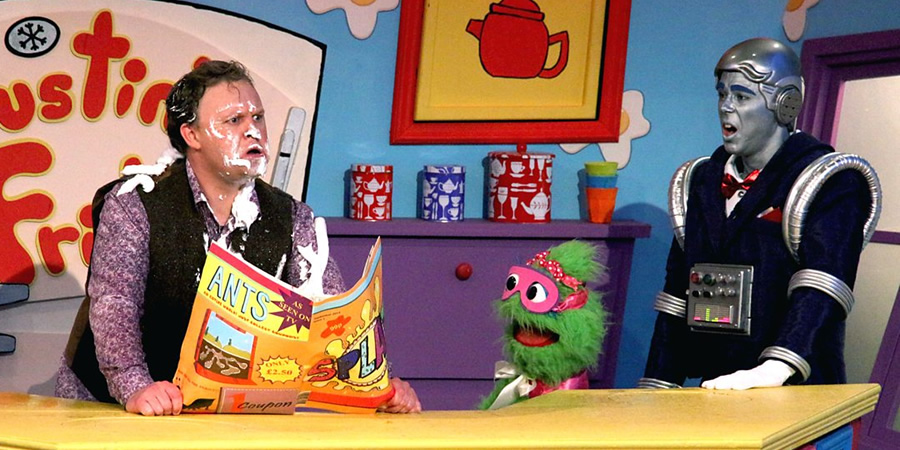 Madcap mayhem is the order of the day as Justin moves house in this series for CBeebies.

Entertaining a live studio audience of three- to six-year-olds with a mix of singing, dancing and comedy chaos in panto-party style, Justin is helped by Robert, his Robot Butler; and Little Monster, a lightning fast trickster (Series 1 also featured Dee Livery, the Unicycling Delivery Lady).

When moving into his new house, Justin discovers that it already has two inhabitants! He's amazed and delighted to meet Robert the Robot, but is worried to hear that a Little Monster also lives there - especially one that is so cheeky.

With special guests dropping by, catchphrases galore, inclusive games and lots of slapstick, there are plenty of opportunities for the children to get involved. The theatre and TV audiences are invited to interact, play and sing-along with all the activities that Justin undertakes.