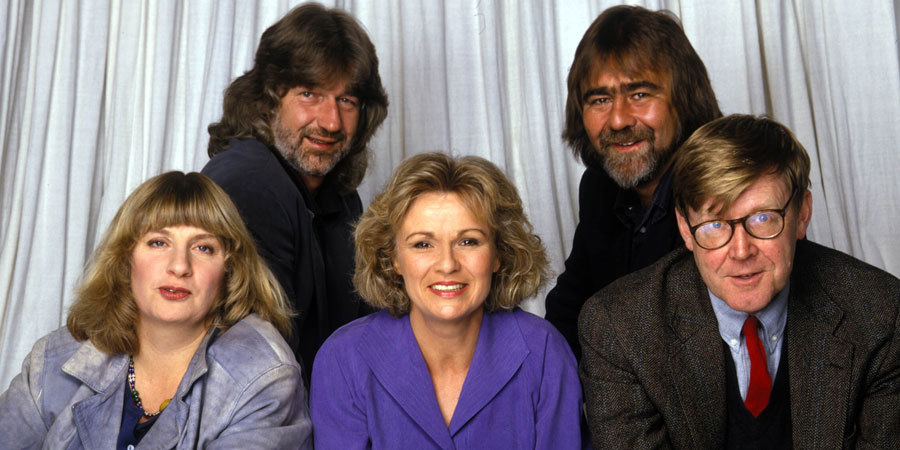 Showcase special for the comic talents of Julie Walters

Acclaimed British actress of stage, screen and television, Julie Walters, demonstrates her diverse talents in this entertainment special in which she plays many different characters - from a six-year-old tap dancing schoolgirl to a sexy 70-year-old. Leading writers Alan Bennett, Alan Bleasdale, Victoria Wood and Willy Russell pay tribute to the versatile Walters by applying their razor-sharp wit to a highly entertaining collection of comic sketches, monologues and songs.

Bleasdale's offering is based on Michael Murray's Irish mother, whom Julie played in C4's G.B.H. Alan Bennett has created a character called 'Criminal's Wife' and Willy Russell who wrote 'Educating Rita' in which Julie starred both on stage and in the film, pops up to partner her in a trade against the arts, and other characters include Mary Brazil and Mrs Overall of 'Acorn Antiques' come from the pen of Victoria Wood.