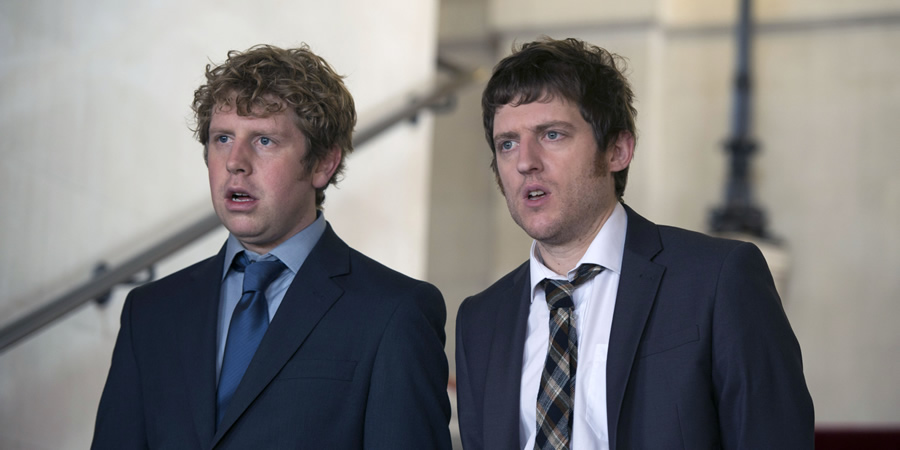 Josh and Owen have tickets to the darts, but can't afford to get drunk in preparation.

Josh and Owen have tickets to the darts, but can't afford to get drunk in preparation - which is a bit like going to war without a gun, only more dangerous.

Fortunately, Owen's cousin is getting married, so they head to the wedding in anticipation of some free afternoon drinking. What could possibly go wrong?

Meanwhile, while waiting for a new phone to be delivered, Kate struggles to entertain herself in the flat. Just how mad can one woman go in twelve lonely hours?