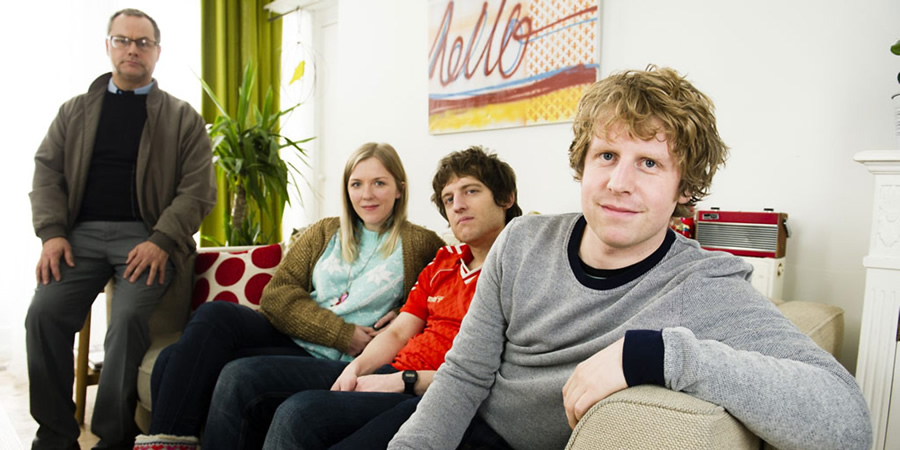 Dumped by his fiancée, Josh is forced to return to his old flat-share with Owen, the most romantic and lyrical Welshman since records began (and that includes Tom Jones) and Kate, who spends her life pursuing every trend from A to Zumba.

All Josh wants is a night in with his flatmates to get over his heartbreak, but Owen is too busy pursuing a love interest he met in the greengrocers, whilst Kate is consumed with trying to reinvent her Spotify profile in order to impress a guy.

Subsequently, Josh ends up spending his time with Geoff, a shoo-in for this year's Most Irritating Landlord Award, and a local barmaid who's convinced Josh is "on the spectrum"... the Local Weirdo/Serial Killer spectrum.

This episode was dedicated to the loving memory of Addison Cresswell, 1960 - 2013.

Josh has to team up with his Rachel-Stevens-obesessed landlord in the pub quiz.