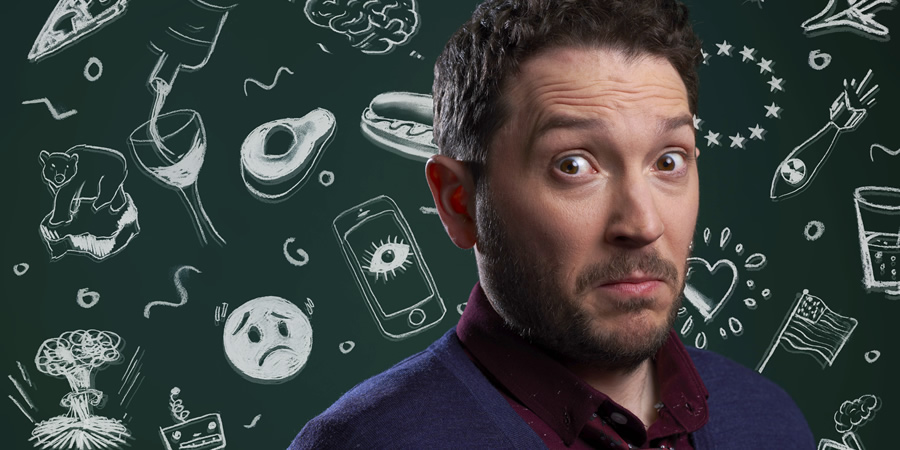 Jon Richardson is back on TV with a new show. Here we chat to him about the format, married life, and work-life balance.

Hi Jon. Your new show seems quite hard to pigeonhole into a genre. How would you describe it?

It's me compiling a list of every worry in the world and ranking them from serious to trivial, with the help of two guests each week. But funny. And I wear some sexy boots at one point.

Who have you invited to join you?

Having Jack Dee on a show I was hosting was definitely a career highlight.

What is your biggest worry at this precise moment in time?

I'm still dealing with the worry my wife Lucy brought to the show when she was on. I won't give anything away, but we're speaking to a qualified professional on a weekly basis to try and work through her concerns about me. 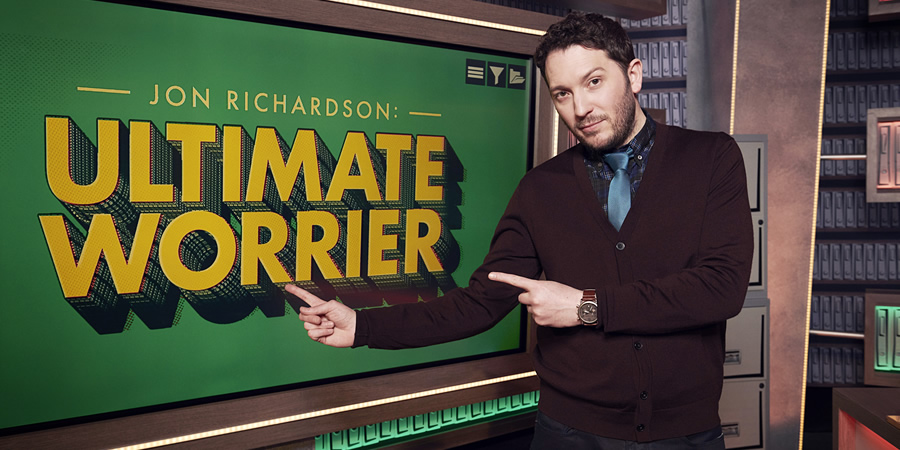 Now you've got a daughter, have you found your worry levels are higher than ever?

My worrying has gone through the roof since we had a daughter, which is obviously a problem in itself.

I flit between going away on tour and worrying that she will forget who I am, to coming home and being overbearing and overprotective so that she wishes I'd go away again.

I also worry that I will never be alone in the dark without hearing The Wiggles singing their classic hit, Who's In The Wiggle House? again.

Your life has presumably become busier now she's around? Is that part of the reason you're not so regular on 8 Out Of 10 Cats Does Countdown nowadays?

Yes. I'm trying to very hard to work less while she's young. Having a child has been the most unexpected privilege, as I spent so long on my own thinking it would never happen.

My daughter is already the person who makes me laugh most in the world, so selfishly I would rather do that than anything else. I've been on tour this year, so I've spent a lot of time away from home already.

I also think it's good for me to miss out on a few episodes of Countdown in the hope that when I come back I'll have learned not to take winning so seriously so I can watch the show back without wanting to punch myself in the face.

What does Lucy think about your worries and anxieties?

You'd have to ask her about that. She spends a lot of time staring ruefully out of the kitchen window talking about how things might have been, but that's normal, right?

I think she tolerates me very well but, as I said, I've been away a lot this year which is a good thing for her.

I think she wishes I would worry less, but then I wish she would close the fridge door properly, so it's all about compromise. 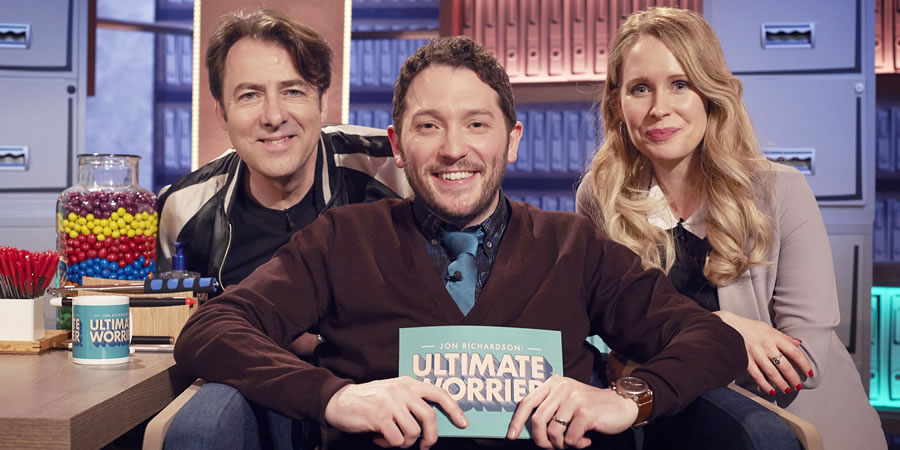 You've made cameo appearances in her Radio 4 sitcom To Hull And Back... any thoughts on writing your own sitcom? The Adventures Of Worry Man perhaps?

Having seen how hard she has worked on her sitcom, and how great she is at it, I'm starting to think I don't have it in me to write a sitcom. It's a real skill of its own and I have to face up to being a stand-up comic first and foremost. That said, I'd love to write a sitcom if the right idea came along and if I could act without it being excruciating to watch!

Are you getting more political? We noticed you working hard to support introducing a ban on exporting live farm animals.

I actually do my best to separate my work from my politics as there are problems in this country that are beyond the reach of a small man in a cardigan to deal with. I'm very lucky to be a comedian and I feel privileged that people come to see me in the expectation that I will make them laugh.

I try to get involved only when I think I can do something positive. The live animal export issue is such an unnecessary cruelty that I felt I had to do something and I am constantly appalled to live in a wealthy country that fails to care for its most vulnerable people, to properly feed its children and to care for its animals, but those are things I am trying to make small steps to help with in my own time so I don't get carried away with myself on stage.

Nobody works hard all week then has a few beers and travels to a theatre to see someone make them feel bad for not being a better person.

I'm going to finish my tour and film it for release later this year then I'm going to have a summer at home with my family.

After that, I'll start dealing with international rights for Ultimate Worrier's global takeover and then we'll start work on the three series deal that I'm sure Dave are working on as we speak.

I'd also love to make more muffins and freeze them for quick and healthy breakfasts... so it's all happening for me right now.