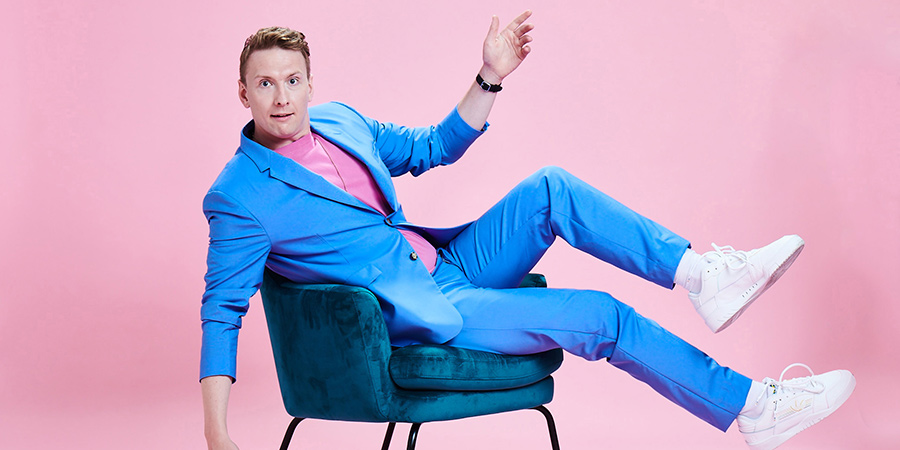 Joe Lycett talks about some of the highlights coming up in the third series of his consumer justice show.

The award-winning Got Your Back is back! How does it feel to be making a third series?

Really good! I felt really out of my comfort zone when we first started on the third series because I hadn't done it for so long but very quickly I remembered how brilliant, smart, funny and creative the team all are. It is very much a team effort. I take all the glory, but it is a team effort. It feels good to be back, ruffling some feathers!

Do you get very involved in the meticulous planning for every story or do you just leave it to those behind the scenes and swan in when you need to?

I definitely do a lot of swanning. I like to do a swan.

I put all of my trust into the journalistic team to research the stories - it's not my forte and not something I trained at. I definitely do swan in and say, 'what have you got for me?' In fact, that's probably scripted in quite a lot of the VTs. I think it would be silly to do it any other way - if they trusted me to do the research, someone would be in jail or dead by now! 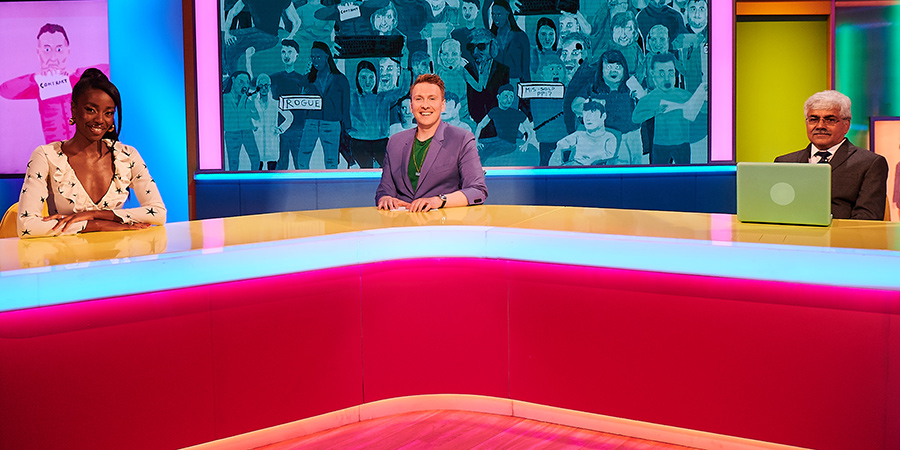 Has the pandemic had an impact on the investigations this series? Perhaps highlighted areas you previously wouldn't have thought about?

Yes, it's obviously slowed down our face-to-face confrontations because they're not safe to do anymore but that's fine as we've been very creative and found other ways to take people on.

We also felt like there was scope for being more positive so we've done a lot more where we've not necessarily taken on a big company and exposed them for wrongdoing but illustrated there's more of a social or environmental issue that we can be silly with. That's been a really fun and new development for this series.

What can we expect from the new series? Can you tell us about a few of the injustices you will be tackling?

Yes! We have taken on the Co-Op who we like but they've disappointed us - we're not angry with them, just disappointed. That involved me doing an award ceremony outside their HQ and catfishing them on social media.

I went up to Inverness to find out about a shocking thing that the people who live there often have to pay a lot extra to have parcels delivered because certain companies claim it's not in the UK mainland. It's very much not in the sea so I don't think they've got a leg to stand on there.

We have tried to convince a company to change their plastic bottles into a more recyclable and environmentally friendly one by storming off a beloved chat show...

Talking of that beloved chat show, we saw you 'storm off' Steph's Packed Lunch earlier this summer after Steph confronted you about a questionable photograph. 24 hours later, you were back on the show admitting it was a stunt. How did it feel to have effectively cancelled yourself for a day?

Weird! I kind of loved it actually. I might make habit of it, maybe once a year I'll cancel myself somehow.

I was in the pub the night it all happened and was just in my element with people slagging me off on Twitter. I think that was because I knew it had been deliberate, but it was really interesting seeing people go in for me, describing me as a hypocrite and typical Leftie w*nker. It was eye opening to see how people view comics like me I suppose. 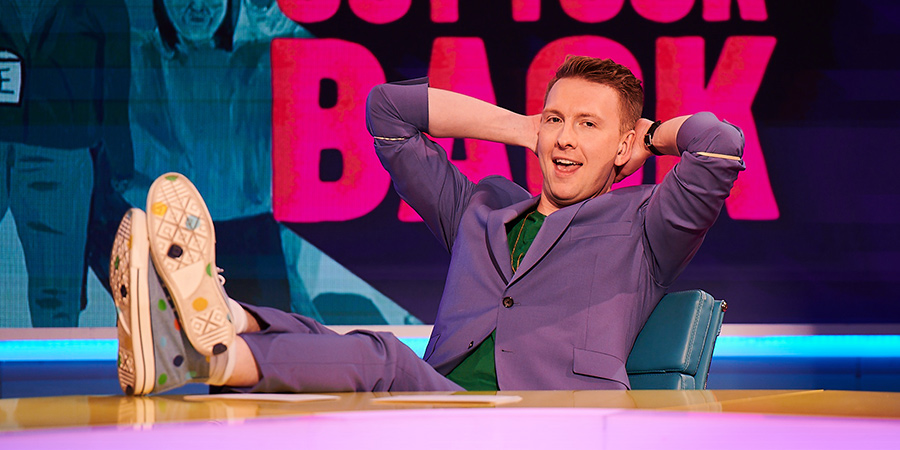 Did you notice your social media following go down?

No, it went up! People were loving it.

Are you surprised that the Channel 4 lawyers are still talking to you?

No, I've been very nice to them actually. I had a lovely meeting with one of them on Zoom so I could ask all the questions I wanted to ask, and they've been very lovely back. I think we've reached a happy place in our relationship. They may say different.

Is it getting easier for you to right your own consumer wrongs? Surely companies see your name and think 'oh god, not him, just give him everything he wants.'

It's hard to say really. I don't know if I get better service - last night actually I was very fortunate, but I think it was just because someone was a fan. We finished recording an episode and went to the pub, but I wanted some more beer so went to the local Tesco and they said, 'oh we're closed, we're just shutting up now.' I asked if I could literally just grab a sandwich, so he says 'okay, just a sandwich' but when I got into the store, one of his colleagues said 'oh my god, it's Joe Lycett! Can I have a photo?' I told her I was only allowed to grab a sandwich but really wanted a beer and she said, 'oh you can get a beer, I'll tell him to hold off.' So yes! I got my beer AND a sandwich which I wasn't even planning on. Beautiful chicken and sweetcorn - lovely.

You very famously changed your name to Hugo Boss for the second series. It must be such a hassle to change your name on all official documents. Is there anything you've forgotten to change back?

Ooh gosh, I hope not! Actually I don't mind, I sort of wish I'd never changed back as I'd love to have seen how the BBC would have handled me hosting Sewing Bee as Hugo Boss. I've got the signed document in my downstairs toilet.

You are undoubtedly the UK's new consumer champion. Does that come with an enormous responsibility?

Nah. I imagine that people would like to think that I'm more on it than I am but, as I say, I always defer to the team. I turn up to the filming and come up with a lot of the silly ideas, but the actual proper consumer stuff is done by proper people, so I sleep well at night. I think there is responsibility, but I ignore it!

Do your friends and family now repeatedly ask you for advice on how to solve their consumer woes?

Yeah, they do actually, and they'll often send me long threads of emails back and forth with the likes of Homebase! A lot of them have been inspired by what I do, and a lot of people have got off parking fines with advice that I've given them so I'm happy to help in that regard, definitely.

The fearless Mark Silcox is back as your sidekick. What might he be getting up to this series?

A lot of science! He's doing scientific experiments for us and has been in the lab. He's a bit chaotic in the lab and I love it. He's knows his shit when it comes to science. He's also in studio for every episode helping out and he's been also been doing things like running around a Poundland with Stephen Mulhern. 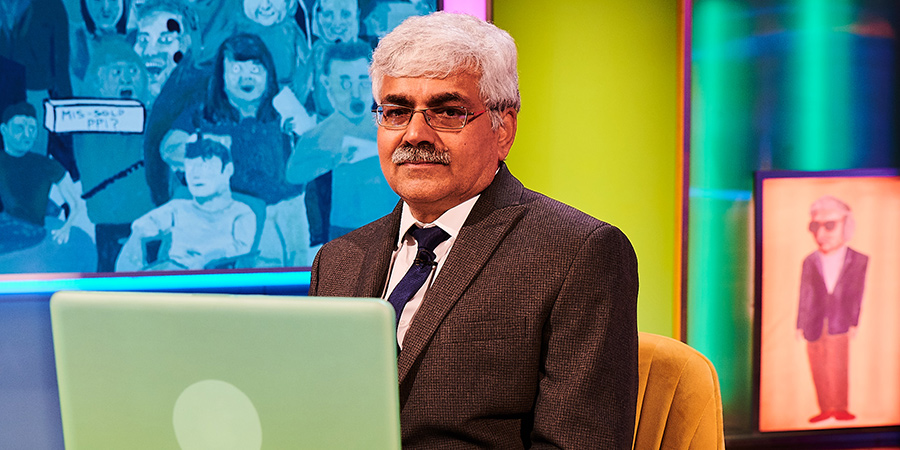 The equally fearless Rosie Jones is also back as one of your celebrity consumer enforcers. Is there anything that girl won't do? Rumour has it she completely strips off in front of TOWIE's Pete Wicks!

She kept her socks on!

She is amazing and has done some really interesting stuff for our series to do with accessibility in rented accommodation and how difficult it is for disabled people to find something suitable that's not wildly overpriced. She also explores diversity in children's toys - it's good stuff. She's so funny and so rude to me!

Who else do you have lined up to assist you this time round? We've heard rumours of Kirsty Wark and Robert Peston, which is pretty serious.

Yeah, we've got some proper serious people like Kirsty and Robert, not to say that Richard Madeley isn't serious, but he may well be back too...

We've also got some brilliant people doing VTs like Debbie McGee, Pete Wicks, Billy Billingham from SAS: Who Dares Wins, Ginny Lemon from Drag Race and then cool people like Foka Wolf, the Birmingham street artist who helped us with a street art thing we've done for this series. It's a really cool mix of people.

The brilliantly named former Lord Mayor of Birmingham, Yvonne Mosquito, famously opened your kitchen extension. Has she been round for a socially distanced cuppa?

She hasn't yet but I'll get her at some point. She should come round on an anniversary and celebrate. I've just had my bathroom done and wondering if I should get Paul Chuckle to do that. Any excuse for a ridiculous party. 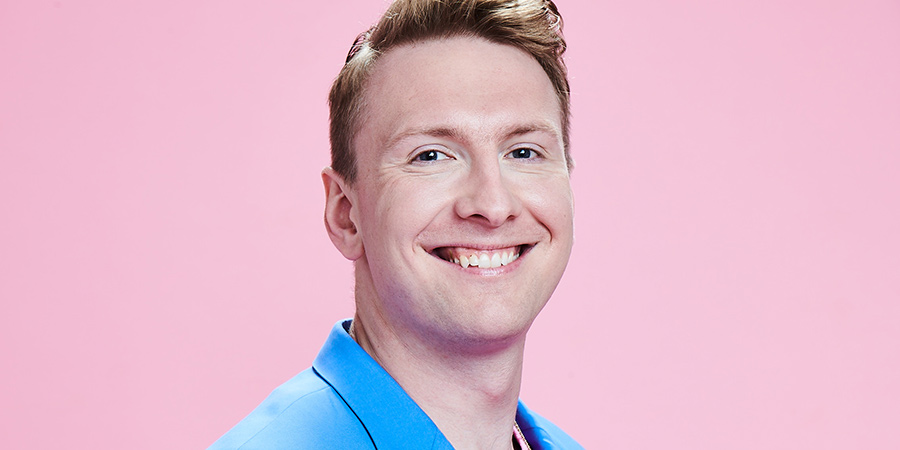 Joe Lycett's Got Your Back is a typically Channel 4 programme. Could you see it existing on any other platform?

No - it requires a channel that is as bold and as brave as Channel 4. I think other commercial channels would run a mile from it as they wouldn't want to piss off any of their advertisers so it couldn't exist anywhere else.

Where do you see yourself in the next 10 years? Does all this campaigning make you think about following your mate Jess Phillips into politics?

No thank you - seems like loads of hard work! In 10 years I hope to be on a sun lounger in my garden, surrounded by homegrown tomatoes drinking a crisp Picpoul. By that point I would have solved all of the world's consumer issues. I think 10 years is enough time to get it all done.

Your new tour starts in March 2022. How are you feeling about getting back on the road? Nervous or raring to go?
I'm desperate to. This show is something I've been working on for a long time. It's got some long scale projects that I've been doing and I'm ready to tell people about the mad stuff I've done.

Also, I love being in front of a live audience. It's been great doing Got Your Back in front of a small audience but I'm definitely ready to show off in front of lots of people.

More Joe Lycett's Got Your Back interviews