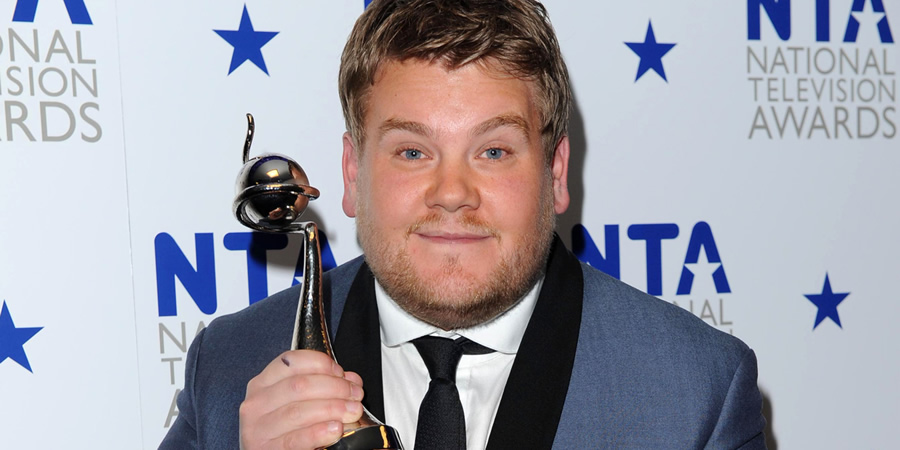 A documentary about the career of James Corden

From treading the boards and topping the charts to storming the USA and chauffeuring Michelle Obama, James Corden is nothing if not versatile. Add in his role in creating much-loved sitcom Gavin & Stacey, and the self-effacing funnyman has earned himself one of British entertainment's most remarkable career trajectories.

Showing an early passion for performance, James formed a school boyband in the image of his heroes, Take That. He later entered the public consciousness in a set of memorable ads for Tango soft drinks, before landing a main part in primetime ITV drama Fat Friends, and it was not long before he caught the eye of some serious directors.

James enjoyed roles in major films by Shane Meadows and Mike Leigh, but it was being cast in Alan Bennett's seminal play The History Boys (and turning down a contract with youth-oriented soap Hollyoaks) that set the stage for his meteoric rise.

Inspired by a hilarious wedding in Wales, James called on fellow Fat Friends alumnus Ruth Jones to join him in writing a sitcom that was destined to be a classic. Gavin & Stacey would boost the star power of all involved, while as Smithy, Corden created one of modern comedy's immortals.

After a disastrous sketch show with Mat Horne resulted in a media backlash, James's decision to return to the theatre more than paid off. His central performance in One Man, Two Guvnors won him a Tony when the show took to Broadway following its triumphant London run.

What's more, Corden's enthusiastically received stateside debut led to US TV execs cherry-picking him to front The Late Late Show. A natural interviewer, James also invented the perfect interview vehicle - literally - in Carpool Karaoke. As well as rocking up outside the White House in 2016 to sing with the then First Lady, James's passengers have included such musical mainstays as Stevie Wonder, Lady Gaga, Ed Sheeran and Madonna.

Boasting the most infectious laugh ever and nailing it as an actor, writer, presenter and more, James Corden is clearly far too nice - and far too talented - to be called a mere triple threat.