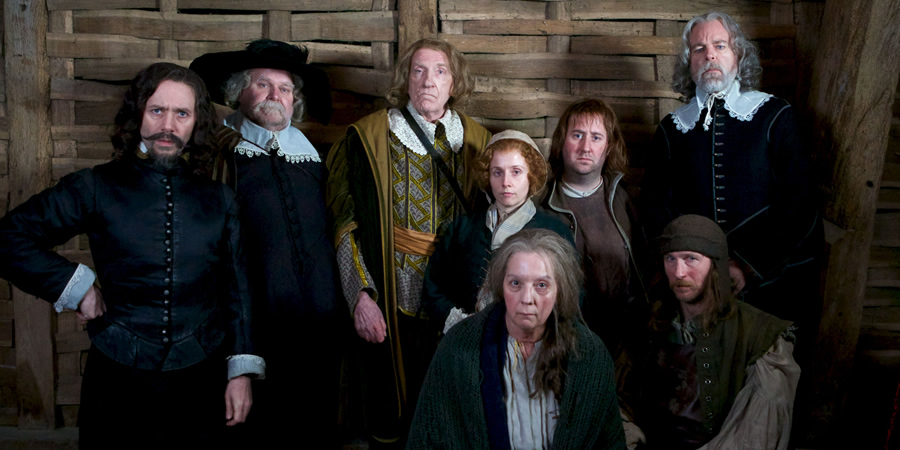 Two of England's most notorious and feared witch-finders are summoned to the unassuming village of Little Happens in order to try an old woman.
Preview clip

Two of England's most notorious and feared witch-finders are summoned by Sir Andrew Pike to the unassuming village of Little Happens in order to try a defenceless old woman.

Elizabeth Gadge stands accused of consorting with the Devil, most lewdly and on divers occasions. If she is found guilty, she will burn. It is very definitely the most exciting event in Little Happens since the business of the escaped cow.

This episode was filmed at Chiltern Open Air Museum.

Mr Clarke and Mr Warren tell a story of a black imp who was found in Southampton.