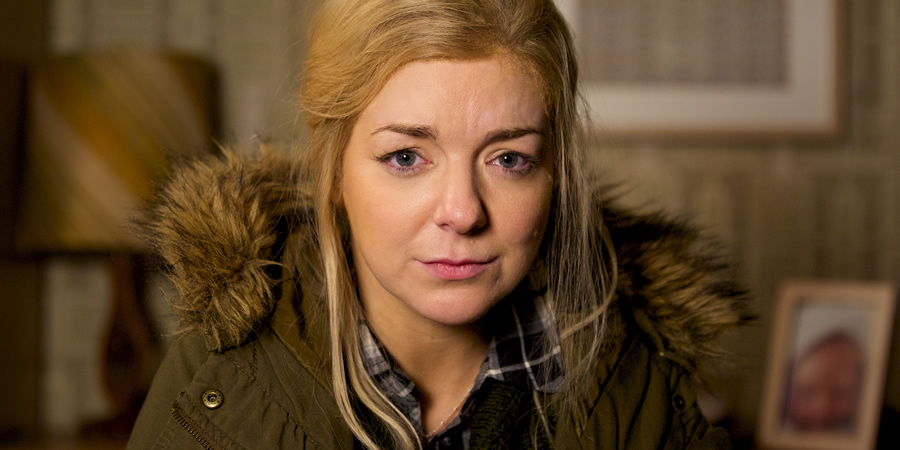 Christine Clarke brings a new man back to her flat from a New Year's Eve party, and immediately her life starts to unravel. Who is the terrifying stranger that keeps appearing in the flat at night?
Preview clip

This episode was not a comedy, but a psychological drama. The final music track was Andrea Bocelli's Time To Say Goodbye (Con Te Partiro), sung by Sarah Brightman.

Christine meets Adam for the first time at a New Year's Eve party.