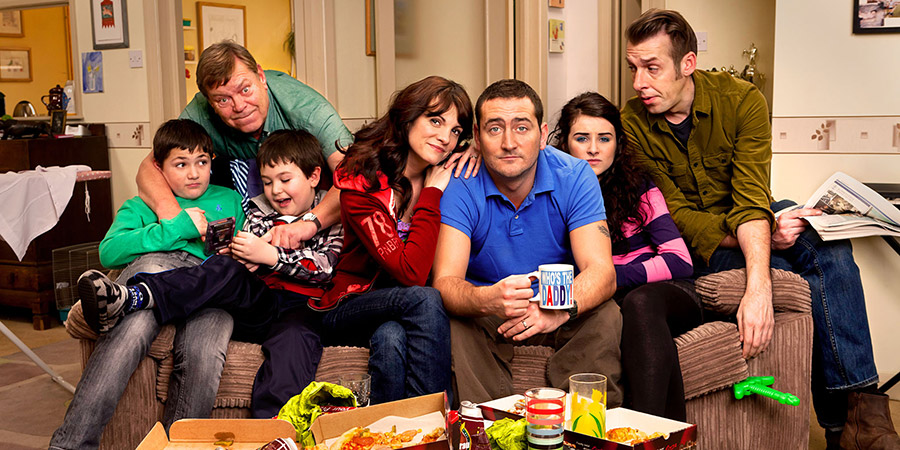 In With The Flynns

Liam and Caroline had their kids when they were younger than they now think would have been wise. Now they are in their early 30s, living in Manchester and their kids are growing up fast. Together, they're facing the kinds of situations we're all tackling head-on. There's not enough money and time for them to be the ideal parents they would like to be. But they keep trying - and despite everything, they love each other.

The duo are 'blessed' with a rebellious teenage daughter, Chloe, and two younger sons; Mikey, who's always up for a lark, and Steve who definitely isn't.

Liam and Caroline both find that trying to be a good parent is a minefield of dilemmas and blunders - but help is at hand, albeit in the form of Liam's wayward brother Tommy, who never ceases to complicate matters, and their grouchy dad Jim, who believes they'll never be as good as he was at parenting. Both are on hand to offer advice which often ends in disaster.

In Series 2, a deleted scene explained that Tommy had run away with the fiancée of Kevin, his and Liam's other brother. Kevin now lives with their dad, Jim, and consequently drops by the younger Flynns' household all too often: