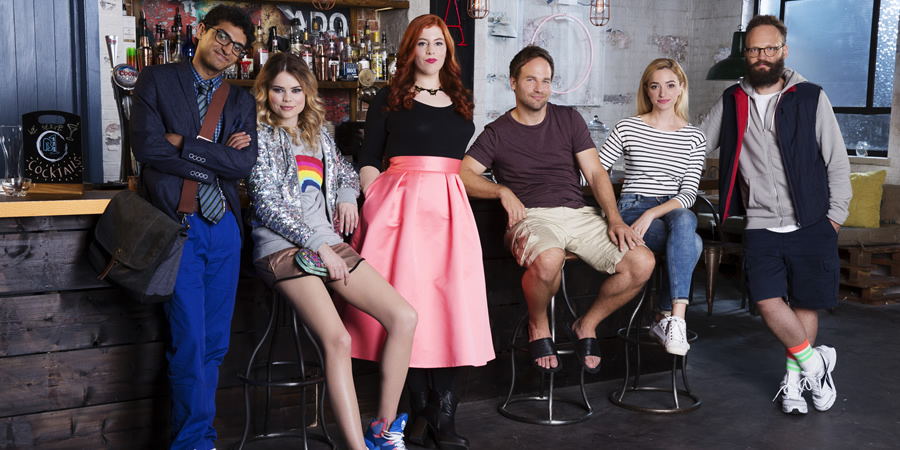 Tommy and Scarlet arrive in New York, looking to make it big. Scarlet gets the fear about their new agent and Tommy makes a bad first impression with the new roommates.

Tommy (David Hoffman), a former barista who gets his big break as a hand model, and commercial model Scarlet (Brianne Howey), are now in New York City, striving to make it big in the epicenter of fashion.

Tommy and Scarlet quickly learn that their biggest challenge is living with their new roommates - a brash plus sized model named Jess (Lydia Rose Bewley) and a flighty runway model named Molly (Kamilla Alnes). Their dreams rest in the inexperienced hands of newbie model agent, Marshall (Karan Soni), who sets out to conquer the ruthless NYC modelling industry, one casting at a time.

In Series 2, we'll see Tommy cast as a hand double in a shaving commercial and doing his best to shave the flawless face of famous model Max (guest star Andres Velencoso), but getting a little too close to his co-star. Meanwhile Molly tries to get over a break-up by leaning on Tommy (much to his delight), Jess attempts to boost her social media following by accompanying a nerd to his high school prom and Scarlet is given the true test of friendship when she is forced to choose between Tommy and a hunky male model to star alongside her in a commercial.

Due to a technical error the final scene was cut short on its premiere broadcast. Repeats showed the episode in full.