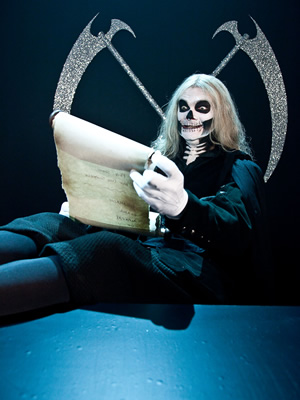 The second Baron Rothschild also shared Buckland's taste for the eccentric and had a carriage drawn by four zebras, snakes twined round the banisters and had a dinner party with 12 dressed monkeys.

The Roman Emperor Caligula dug up Alexander the Great's grave so he could wear his armour. He also made his horse Incitatus a consul, and his oats were mixed with flakes of gold and he had 18 servants.

Queen Elizabeth I nicknamed Walter Raleigh "Water", because of his West Country accent. She also used to only have four baths a year!

Egyptian dentists used to suggest putting half a freshly-killed hot mouse in your mouth to cure bad breath.

William the Conqueror's stomach exploded at his funeral.

In the Middle Ages they believed that sitting in a sewer and shaving a live chicken's bottom and strapping it to your armpit were cures for the Black Death.

Hippocrates, the founder of medicine, used to believe that violently shaking someone up and down cured a cough and he used to taste samples of blood, earwax, phlegm and urine. To this day doctors still have to take the Hippocratic Oath.

Georgian women used to put balls of cork in their mouths to make them look chubby.

Soldiers in the First World War had to urinate on their boots to soften the leather.

The Stone Age Chinchorro tribe from Peru used to mummify their dead relatives and carry them around on special occasions.

Posh Georgian men used to stuff padding down their breeches to make their calves look more muscular, and wore wigs that were held in place by starch, flour and gold dust! 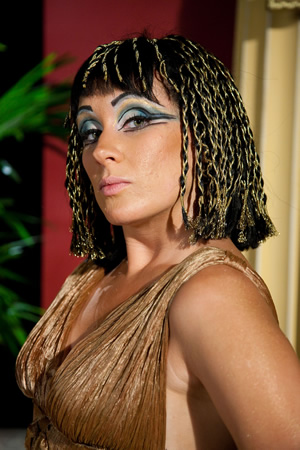 The Ancient Egyptians were very medically advanced, but did have some odd cures - they treated blindness by mashing up pigs' eyes, mixing it with honey and red ochre, then pouring it into the patient's ear!

Pirate Captain Basil Hood thought stealing a herd of cattle would be easy, but once they were put on his ship he realised cows get very, very seasick. The stench of the cow vomit was so bad, the Royal Navy refused to arrest him, even after he surrendered!

When Andrew Jackson became President of the United States, he threw a party at the White House that got so wild, he had to escape through the window and stay overnight in a hotel. The cleaning bill ran into the thousands!

The 2nd Baron de Rothschild had dinner parties with his pet chimps, had snakes on his banisters, and had a carriage pulled by zebras.

Ancient Greek philosopher Heraclitus tried to cure his dropsy by burying himself up to his neck in animal manure. It didn't work - he died from heat exhaustion instead.

Teenage Roman Emperor Elagabalus threw prank dinner parties where his guests had to eat fake food, or had dangerous animals hidden in their bedrooms. He also ran a lottery at the amphitheatre where the prizes could be amazing, or they could be a dead dog or a box of angry bees!

In 1006, after losing in battle at Durham, the severed heads of Scottish soldiers were put on spikes around the town. The women of Durham offered to trim the dead men's hair and beards, in return for a fee. The Scottish widows agreed!

When the Black Death hit England in 1347, the Scots decided to invade while the English defenses were down. The Scots marched south, caught the Black Death themselves, then marched back to their homes and spread it throughout Scotland.

The Incans used to wash their hair and shave their legs using human urine.

Charles I of England sent someone else to marry his wife for him.

Shakespeare is said to have created the following phrases: "to be or not to be", "good riddance", "heart of gold", "dead as a door nail", "wild goose chase", "knock, knock... who's there" and "for goodness sake".