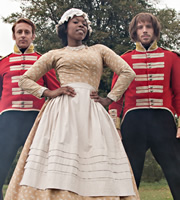 Some Bronze Agers argue about building the world's first city, Bob Hale explains the entire history of the Renaissance, Mary Seacole sings about her Crimean hotel and William Shakespeare gets into a rap battle.