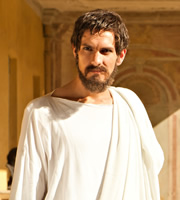 HHTV's war reporter Mike Peabody regrets his decision to cover the Norman Siege of Palermo, the Pilgrim Fathers rap about Jamestown in America and a German submarine captain has the worst toilet accident in history.