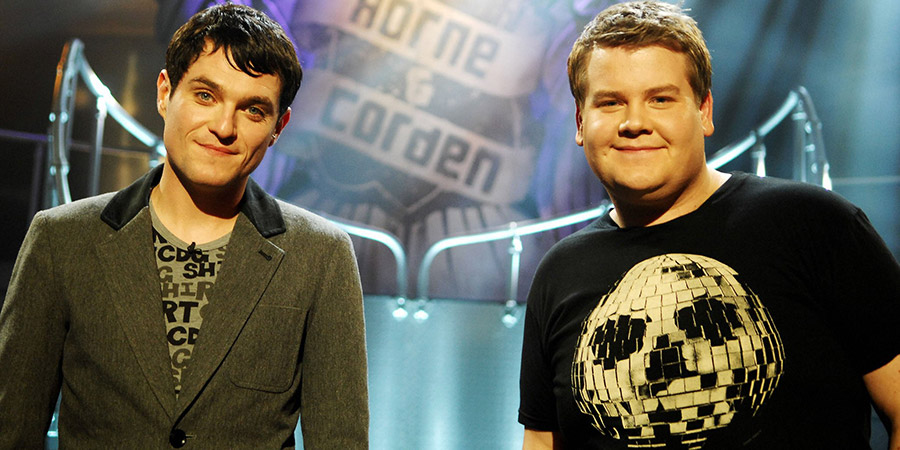 Horne & Corden follows a traditional format, with Mathew Horne and James Corden hosting the show as themselves in front of a live studio audience. They also play a wide selection of original characters that are 'innovative, provocative'...

Characters include: Xander, an old boarding-school chum, who is the most hideous, foul-mouthed, but well meaning man to ever rear his head from a person's past. Xander specialises in turning up at inappropriate times to remind people of embarrassing moments they'd rather forget.

Tim Goodall, a gay TV journalist, who's more interested in sipping Pina Colada and discussing how fit the soldiers are in Basra than delivering breaking news.

Jonny and Lee Miller, two very flamboyant 'magicians', whose magic is left to the audience's imagination, while their dance routines are magnificent.

Superman and Spiderman "know each other's work", but when it comes to socialising they're a bit awkward.

Mat and James also present a range of characters from 'Ricky Gervais doing some serious acting', to an annoying office colleague who's always got a better story from the night before.

And there's always someone looking for a mobile phone charger at inappropriate moments.