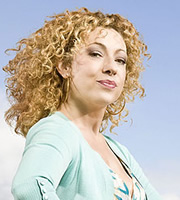 Gang boss Ellie Lagden is feisty and shrewd, yet big-hearted. Married to bad-boy mobster Roy Lagden, Ellie has spent most of her adult life as a gangster's wife, believing that happiness was a life of luxury and bling. But four years at Her Majesty's pleasure means she's discovered all that glitters is not necessarily gold.

The lengthy stretch in prison has given Ellie clarity of thought. She realises that if she wants to change her life she'd better do it now and she's not going to rely on any bloke to get there. With the help of Hannah, Shoo and Josie, she hatches a plan to escape to Barbados and start a new life, courtesy of £3 million stolen from Roy. But things don't quite go according to plan and they end up in hiding in a remote and slightly eerie Scottish village called Hope Springs, much to the initial bemusement of the locals.

Much to Ellie's surprise, the village throws up some interesting relationships and an unlikely bond develops with the local policeman, Gil - something his fiancee, Anne Marie, isn't too happy about. Over time Ellie learns how to let go of the past by discovering that friendships remain long after the bling is gone. And, through Gil, she's reminded that not all men are bastards. 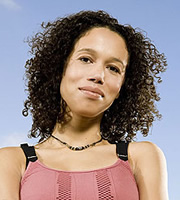 For Josie, life in Hope Springs offers her the unexpected possibility of finally being at peace with herself after years of feeling like an outcast.

A temperamental yet free spirit, she grew up feeling like an outsider in her middle-class, religious family home. On learning his daughter was gay, Josie's preacher father arranged for an exorcism and her violent reaction saw her parents have her sectioned and disowned her. Shortly afterwards, an emotional Josie clashed with a controlling policeman and the result was a three-year prison stretch for GBH.

Jail spelt the end of Josie's plans to go to university and the educational path she dreamt of has passed her by. As a result, she's been more accustomed to engaging her fists than her brain. She may not have the degree she wanted, but strong-minded Josie has a PhD in knowing how to stand up for herself.

After the confinement of prison, Josie is positively reinvigorated by the outdoor life she's now got on offer in Hope Springs. Refurbishing the local hotel and pub is a challenge she's more than happy to rise to, she loves the physical effort required and finally feels she's found a place where she could truly belong. 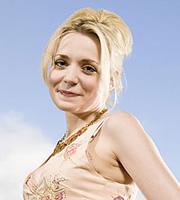 Streetwise Shoo is a young woman with more front than Blackpool. Having spent her early life in uncaring care homes, the one thing she yearns for is a family.

In the other women, Shoo has found her much longed for family: motherly Ellie, bossy big sister Hannah, protective sister Josie and even a grandma in Sadie.

But the resilience Shoo needed to survive her emotionally-deprived upbringing has also made her selfishly protective - except when it comes to men. Shoo not only has a penchant for bad blokes and losers, she also uses sex as a way to feel loved. Put the two together and you've got a dangerous mix.

Jailed for repeatedly shoplifting and the possession of drugs, Shoo's low self-esteem means that she is easily manipulated by men out to use her for their own means. However, when Dean McKenzie arrives on the scene, she at last meets - and falls for - a boy who really likes her for herself. He may not be the sharpest tool in the box, but he's got a good heart in a sexy body - a combo Shoo's always craved. 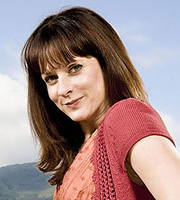 In her own mind, Hannah's not a 'real' criminal - what she did was self-preservation. After years of abuse at the hands of her manipulative and sadistic husband, Hannah cracked and stabbed him with a knife leaving him permanently disabled. It was a shock for her to realise how much anger she had repressed.

A coiled spring of buried emotions, Hannah masks this with her sensible demure and wry wit. She has a cautious, rational approach to problem solving, something which is in complete contrast to top dog Ellie's impetuous, intuitive, school-of-life knowledge.

In the village, Hannah works hard to ensure that the word 'legitimate' becomes part of the girls' vocabularies. For her, the thought of being banged-up again is truly unthinkable. As well as Hannah's analytical abilities, she has practical domestic skills which are sorely lacking in her three friends. These skills give Hannah a new-found sense of purpose as she quickly finds her place within their new hotel business venture. 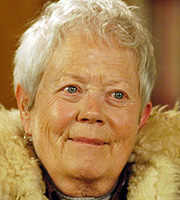 Local fount of all knowledge (and gossip), Sadie's life gets entangled with the women's soon after their arrival in the village when they turn up at her hotel looking for a bed for the night.

At 70 years of age, running The Hope Springs Hotel is no mean feat, even if Sadie could be bothered to make the effort to do it properly. It's infested with mice and the cobwebbed bar hasn't seen a duster in living memory, so when Ellie and the girls pitch up and offer to buy Sadie out she sees them as guardian angels opening the door to a very happy retirement. They can take on all the responsibility and do all the hard work whilst she'll carry on living in the pub and enjoying their company - and drinking their booze. It's a win/win situation.

A vision in denim and chunky knits, Sadie's no fool and can play the con as readily as these crims from down South. Like them, Sadie's a survivor. She's also wily, opinionated, idle and fit as a fiddle.

Sadie soon positions herself as part of the gang and, together with Ellie, Hannah, Shoo and Josie, she finds a true family.

This is in stark contrast to her antagonistic relationship with her own daughter Ann Marie. Ann Marie sees her mother as difficult and troublesome, Sadie sees Ann Marie as manipulative and a user. There's no love lost between mother and daughter. So it's through the girls that Sadie's lonely life is transformed. 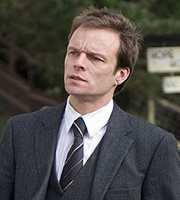 A calculated bully with nerves of steel and endless reserves of masculine charm, Euan Harries is a businessman who absolutely wants his cake and to eat it.

Euan wants to keep up his respectable front with his subservient wife Ina whilst having secret flings on the side. When his long-standing affair with Ann Marie became problematic he displayed a ruthless self-interest and walked away. Hope Springs' bullish lawyer is a man who won't be told what to do by anyone, especially not a woman.

Euan dominates all his relationships, from his bullied wife and son Ronan to his illicit relationship with Ann Marie. A man whose public face is cool, calm and capable, Euan prides himself on keeping his head about him when everyone else is losing theirs. 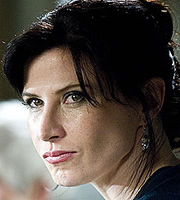 The women have a rival in Ann Marie. In fact, she could be described as their nemesis as she harbours serious doubts about their true identity especially when sees her nice-guy fiance Gil growing ever closer to Ellie.

Immaculately turned out, Ann Marie's the local wannabe china doll and village sweetheart, but she's brittle with it. Owner of the local hair salon and beauty parlour, The Kiss Kurl, she knows how to make the most of herself in the looks department. But, despite all this, she still has a deep rooted sense of insecurity and is especially intimidated by the confident and self-assured Ellie.

Although she's in a relationship with Gil, Anne Marie was happily seduced by village bad-boy Euan, enjoying a secret affair. And now Ann Marie's pregnant and doesn't know for sure who the father is, although she secretly believes it's Euan.

Through Gil (once he gets his police promotion), Ann Marie sees an opportunity to escape Hope Springs, to live in Edinburgh and finally put her unpleasant relationships with former lover Euan and her eccentric mother Sadie behind her. 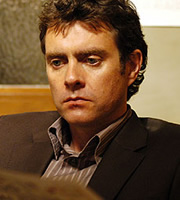 The local policeman caught between two women, handsome detective inspector Gil Cameron is a troubled guy who has a sense of failure haunting him over the unsolved murder of a local girl. A man of high moral integrity, he is generally respected by the locals, has a deep hatred of any injustice and trusts his own judgement of character above everything else.

Gil's engaged to be married to the village sweetheart Ann Marie but theirs isn't a perfect relationship. She seduced him when he was feeling lonely and, unbeknown to him, had her own secret affair with local bad boy Euan Harries.

And now Ann Marie's pregnant and Gil naturally assumes he's the father so he's done the honourable thing and proposed to Ann Marie, even although he knows in his heart of hearts he doesn't love her. However, he does love the prospect of being a dad at long last. But then Ellie walks into his life and knocks Gil sideways.