Captain of Royal Navy shore base.   Played by: Richard Caldicot 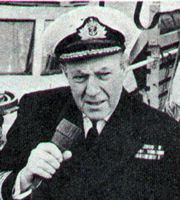 Head of the local shore base and affectionately known by the inhabitants of 'Paradise' as 'Old Thunderguts'. He resents the unregulated and blissful atmosphere on Boonsey and is determined to make life impossible for them. His main stumbling block is the stretch of open water between his base and the island - and their ability to see him coming! 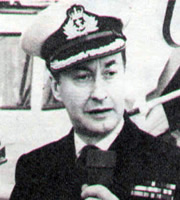 In charge of 'HMS Paradise' but more interested in fishing than commanding his post. He likes to lead a quiet life and usually takes the side of the ratings in any dispute. He's not a pushover but neither is he a disciplinarian.

Lieutenant, 'Number One' on 'HMS Paradise'.   Played by: Robin Hunter 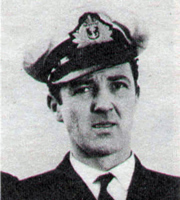 The Commander's 'Number One' on the base and loved by the men because he is so gullible. A hopeless romantic, his dashing good looks help him to get the girls but he is unable to hang on to them for long. Can be relied upon to drop himself every time he opens his mouth. 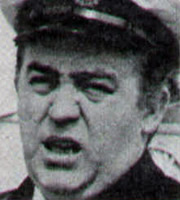 The real power on the island and the man around whom the station revolves. He's been in the Navy for years and has done pretty much everything that can be done. He knows all the angles and can get anything from a Capstan to a Cruiser - given time. 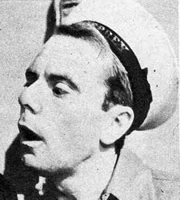 A bumbling idiot who staggers from one disaster to another but usually survives thanks to his boss, CPO Banyard. Instantly recognised by his broad Scottish accent. 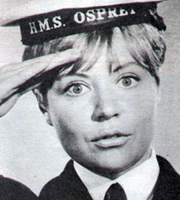 A Wren typist who usually supplies the feminine view on the base, while keeping a watchful eye on all of Lieutenant Pouter's romances.