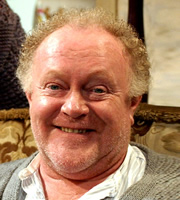 Fagin is a self-deluding Walter Mitty character who spins intricate webs of intrigue in the comfort of his own front room. He's a wannabe entrepreneur who is always looking for ways to make a bit of cash.

He's a hypochondriac and his time in prison has made him agoraphobic too.

Now back home, he's delighted to have two new young friends, whom he has invited off the street, to impress and looks forward to teaching them the ways of the world. 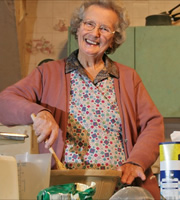 There's no doubt that Elsie is head of the household, and can be relied upon to be on hand with tea and cakes when required. She also has a vast collection of pinnies.

Elsie is as fiercely protective as any tigress of her beloved son Richard - in other words, your typical Welsh mother.

She has had a violent aversion to the Japanese since her husband died as a POW in Japan during World War 2. 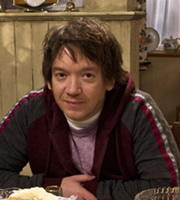 Always known as Hoffman, Dwayne is Charlie's best mate. Together, the two of them scrape a living, just on the wrong side of the law.

Hoffman is slightly older than Charlie and slightly less thick - so he's the leader of the two.

His parents are divorced, and neither wants him, so he had been living rough until he started living with Fagin and Mam. 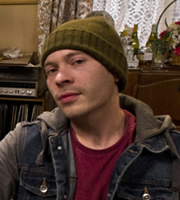 Charlie was living rough too, as his mother wasn't interested in him. She spends all her time in the sleazy underside of Neath. As for Charlie's dad - well, she only met him the once.

Charlie is a little younger than Hoffman and looks up to him as a big brother figure. The two of them scrape a living, normally operating on the wrong side of the law.

AKA: Claude Cox.  Played by: Keiron Self 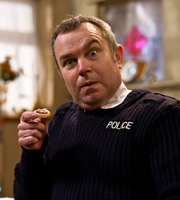 Claude is the dim-witted but lovable local police constable.

He is extremely fond for cakes, and is currently in a long term relationship with several inflatable women. 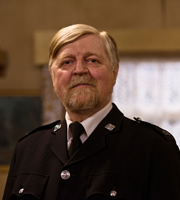 Sergant Ball is the friendly local policeman. He is extremely cunning and not averse to breaking the law if he can make a profit from it.