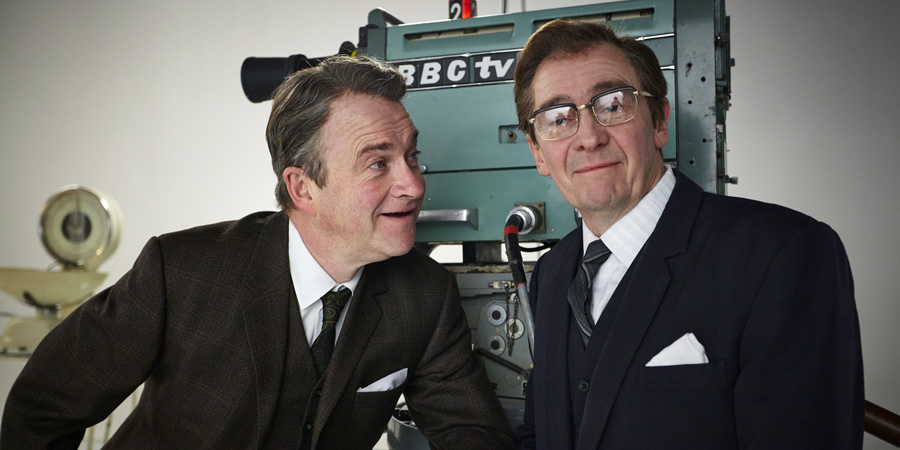 Harry And Paul's Story Of The 2s

Harry Enfield and Paul Whitehouse take a twisted look at the story of BBC Two. This hour-long show is a 'tribute' to the channel's most iconic programmes and personalities.

From Men Behaving Likely Ladly to Dennis From Heaven, The Old Grey Wrinkled Testicle to Ask The Ugly Family, Grumpy Old Hasbeens to Panel Show, there are clips from all the channel's greatest shows, almost exactly as viewers remember them...

The story of BBC Two starts with its painful birth as 'Auntie Beeb' pushes out the now familiar '2' logo into the arms, and much to the delight of, the attending BBC executives.

This sets the tone as we romp through the story of 2's highs and lows from World War One to The Great British Bake Off, via The Forsyte Saga, Tim Nice But Brooke Taylor, Late Night Line Up with Joan Bakewell Tart and Monty Python. We drop into The Office and Boys From The Blackstuff, Arena, Old Grey Whistle Test and The Apprentice among many others.

The whole journey is set inside a documentary by Simon Schama (played by Enfield), with Simon laconically walking through TV Centre linking this 50-year saga.

Harry Enfield says: "BBC Two gave me my big solo break with Harry Enfield's Television Programme almost 25 years ago. They have been loyal to us over decades. We therefore felt it was only right that now we should stab BBC Two in the back."

He adds: "They kindly asked us to do a homage to 50 years of BBC Two. It's turned out to be less of a homage and more of a homicide. Whoops."