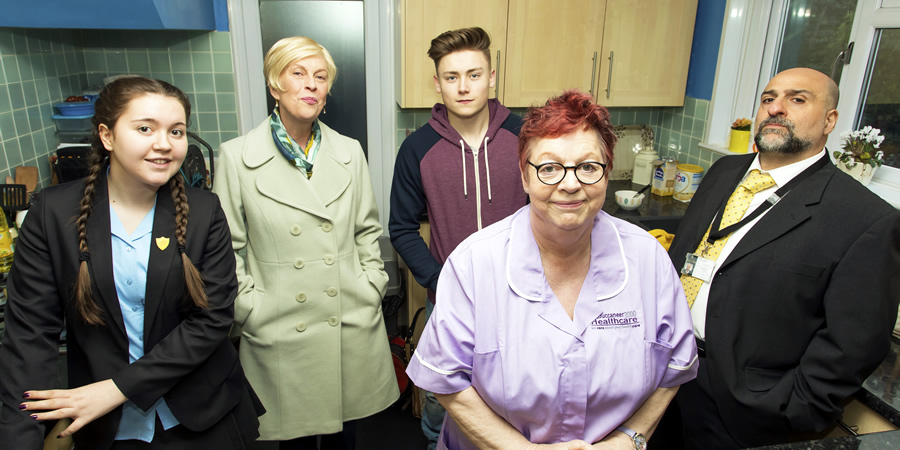 Sitcom sequel to BBC Four medical comedy Getting On, following nurse Kim Wilde at home and after leaving the NHS

Employed by failing outsource provider Buccaneer 2000 as a Care Assistant in the community, Kim receives little more than the minimum wage for a package which consists of unpaid overtime, management bullying and horrendous shifts. Her daily slog is matched only by that of her husband, Dave, a self-employed private hire driver battling long days and grumpy customers, with only the rattlings of fellow driver Terry to fill the endless hours of waiting.

Add to the above an ailing mum, three kids, a dog called Carpet, an unfinished extension and a sister Jackie with a plan to sort out all their woes at a stroke. Going Forward is a universal tale and holds a mirror to modern Britain and the sacrifices made as lives are put on hold for the sake of others. The unique series treads its own fine line between tragedy and triumph to add its own bittersweet voice to this well-trodden ground.

Three episodes. Three days. Three chances to eavesdrop on a day in the life of the Wildes.