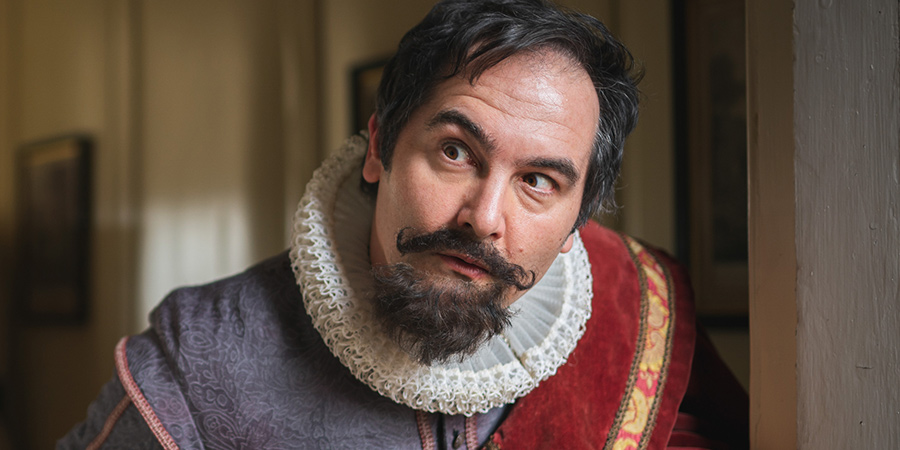 A historical documentary team comes to film at Button House. Alison and the ghosts are shocked to discover what they're investigating.

When a historical documentary team comes to film at Button House, Alison and the ghosts are shocked to discover that the assassination plot they're exploring involves one of their own.

Meanwhile, Mike - always on the lookout for free publicity - begs Alison to accept the offer of a television interview about the old house. The only hitch is Alison is terrified of speaking on camera. Luckily, Thomas is there to coach her in the art of speech-giving. What could possibly go wrong?

Hard-drinking toff Barclay Beg-Chetwynde seems set to be the next member of the phantom troop, in the only TV show that would benefit from bumping more people off.

Review: Ghosts will haunt our screens for years

If any current sitcom has a hope of being repeated 40 years from now, bet on Ghosts (BBC1). It's very funny - but so were lots of great comedies that have faded into obscurity.

Last week saw the return of Ghosts (BBC One), the offbeat sitcom from many of the cast of Horrible Histories and Yonderland , in which young couple Alison and Mike (Charlotte Ritchie and Kiell Smith-Bynoe) live in a crumbling mansion full of bickering ghosts, including a caveman, a trouserless Tory MP and a witch-burning victim.

The opening episode explained how one of the spectral residents managed to lose his head. By now, three series in, you either enjoy the innocent spookiness of Ghosts or you don't. My own barely concealed inner goth can't help but be charmed. The show has inconsistencies (ghostly hands slide through people but can pick up TV remotes), but whatever, it's not a documentary. Its superpower is that it's reminiscent of a lost Ealing film-style Britishness; so much so that I was surprised to hear that a US version is in production. Ghosts is about as scary as a ghost train ride in broad daylight, but it's always a hoot.