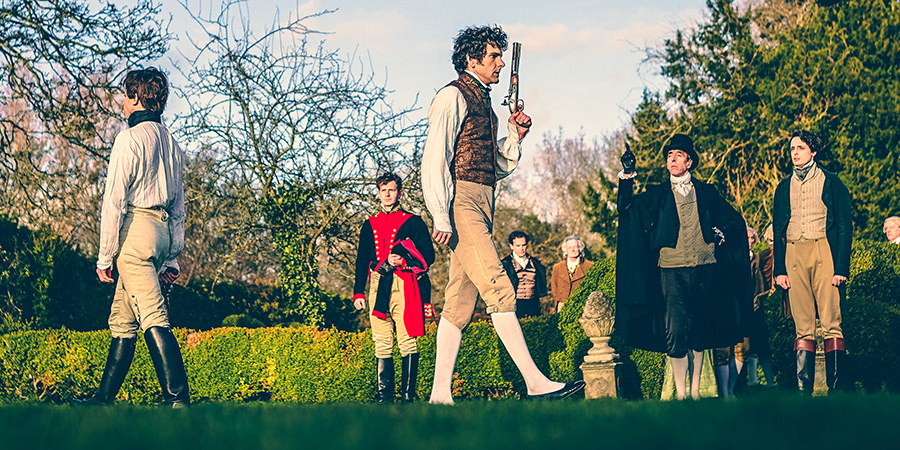 Thomas goes down memory lane with Alison, however the truth is muddied when the other ghosts tell their version of events. Mike struggles with his own memories of Alison's past.
Preview clip

Mike makes a discovery among some old relics in the garden, which leads Thomas to go down memory lane with Alison, and share a story from his past that he has never told before.

At first he tells his heroic tale for only Alison to hear; however he is continually interrupted by Robin, Mary, Kitty and Humphrey, who also have a lot to add on the subject. After hearing their alternative version of events, Alison starts to realise that memory and reality don't always go hand in hand - but the very different viewpoints prove to be illuminating for Thomas.

Meanwhile, Lady Button, Pat and the Captain have gathered to hear Julian give one of his scheduled talks. While they wait for the others to join, they pass the time with a game, until curiosity sends them upstairs and they can't resist getting involved with Thomas' story as well.

As Mike patiently waits for Alison to get ready for their night out, he struggles with his own distorted memories of Alison's past, and gears himself up to confront an old adversary.

A discovery in the house leads Thomas to go down memory lane.

As Mike and Alison prepare to attend her school reunion, Mike gets lost down a social media stalking hole and romantic poet Thomas recounts his demise in the 1820s. The other ghosts chip in with their own, highly subjective, versions and there's an enjoyable cameo to come for Stath Lets Flats fans.

In conversation with... Ben Willbond

Between the airing of Ghosts' hugely anticipated second series and the writing of its already-commissioned third, we were lucky enough to sit down for a chat with one of the creators, writers, and stars of the show, Ben Willbond (The Captain).