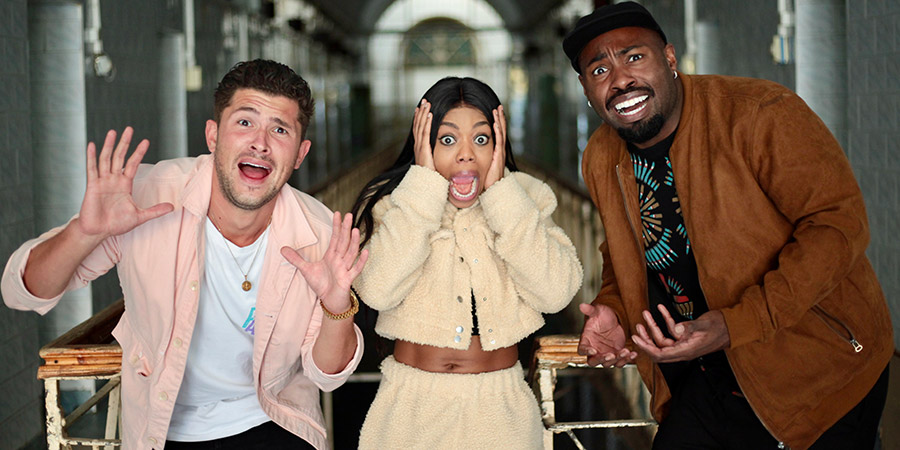 A terrifying comedy travelogue pilot in which rapper Lady Leshurr, comedian Darren Harriott and reality star Jordan Davies go on a ghost hunting mission that takes them to one of Eastern Europe's most haunted places, Kerotas Prison in Lithuania.

They're led by the Ghost Bus Tour guide Anton, a super freaky local who will introduce the celebs to a host of unhinged witnesses and experts.

Their goal is to summon three disturbing spirits - a cannibal who used to eat his cellmates; a demon cleaner who extracts the souls (of only buff men); and a sadistic scientist who was x-rayed to death by vengeful patients.

The Ghost Bus Tour culminates with the celebrities being abandoned and left to spend the night in the evil prison.

Will they ever see Anton again? Can they survive on their own? Will Jordan ever stop screaming? The three celebrities are left in no doubt that ghosts are real and they should not be annoyed.