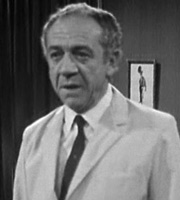 George Russell is an habitual womaniser and cheeky chappy.

With a keen eye for a fast buck and a good bargain, George views his work as a means to an end rather than his whole life, much to Gabrielle's frustration.

Despite his slightly lazy appearance however, George is utterly committed to the Colonel, with whom he shares somewhat of a gentleman's understanding of the ways of the world.

During his time off, George chases birds (of the double-breasted variety), drinks and gambles, and supports his beloved Arsenal. 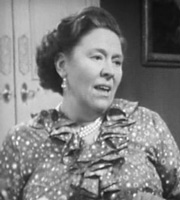 To say that Gabrielle Dragon lives up to her name would be quite the understatement! Compromise is not a word in her natural vocabulary; indeed, it takes quite some pushing from her employer, to whom she defers in an instant, to change her ways on occasion.

Gabrielle does not suffer fools gladly, nor can she abide laziness - which puts her somewhat at odds with George right from the start! However, it quickly becomes apparent that one may be the yin to the other's yang... 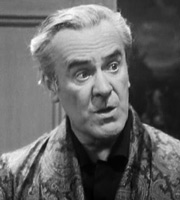 A retired colonel, Rupert Maynard is as vague and forgetful now as he was when he was a child.

Never married - although not, on occasion, for want of trying - the Colonel really quite likes his bachelor lifestyle: the freedom to run his house with as minimal interference as three live-in staff will permit, and the upkeep of his penchant for brandy. Not to mention the vintage Bentley parked outside! 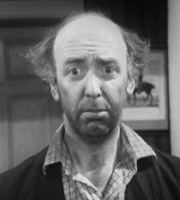 Ralph is honest and hard-working, but even he would be the first to admit he's not the brightest of the bunch. He may be in his element when cutting and sowing seeds in the greenhouse, but back in the main house and in normal walks of life, he can seem a little on the simple side!