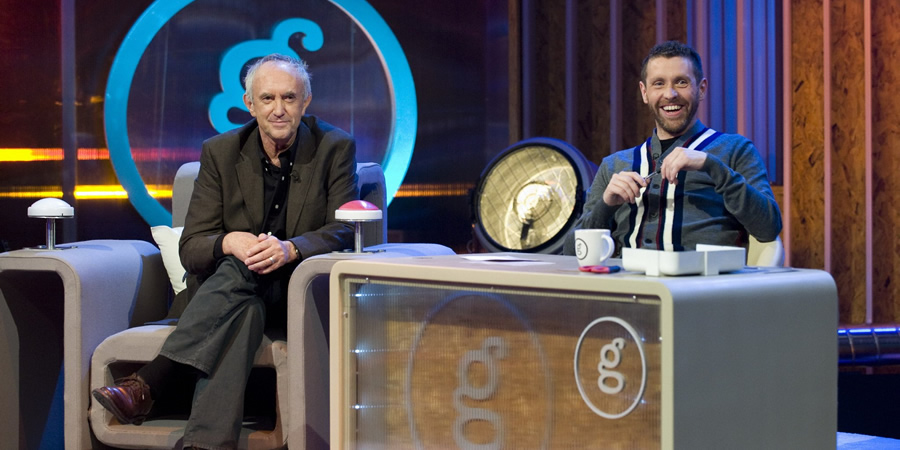 One of Britain's greatest actors, Jonathan Pryce, comes along to judge the ideas of the British public.
Preview clip

- Have appropriate regional accents for weather forecasts so you know which part to listen to (e.g. a Yorkshire accent for the weather in Yorkshire): Genius

- A-bear-toirs: a place where naughty children go to have their teddy bear destroyed: Not genius

(Ideas from the reject bin included making coffeemate with actual coffee; one-size-fits-all wheelbarrows; back-up shoes, in which there is a spare shoe in the heel of each shoe in case your shoe gets lost; pre-slice vegetables in order to cut down on knife crime; 25-hour moisturiser for people who want a lay-in; "Bikes for Mikes" in which anyone called "Mike" would get a bike and anyone called "Michael" would get a bicycle; build a rollercoaster near Gateshead; renting houses; and a separate emergency phone number for hoax calls.)

- A guide to making an a-bear-trois rack.

- Speed genius: Jonathan considers some more ideas and gives his view instantly: Colour-coordinating everything in supermarkets so that similar coloured items are next to each other, e.g. carrots next to oranges (Genius); Backwards news - start with the least important events and finish with the most important (Genius); Interforna, which is like Interflora but with toads (Not genius); save money on the 2012 Olympics by outsourcing it to Beijing (Genius); every car should have a "How am I driving?" sticker and the number printed should be that of the driver's parents (Not genius); everyone should have their own theme tune (Genius); and an idea to solve the problems in the middle east (time runs out before idea is given).

Is the idea of destroying naughty children's teddy bears genius or not?