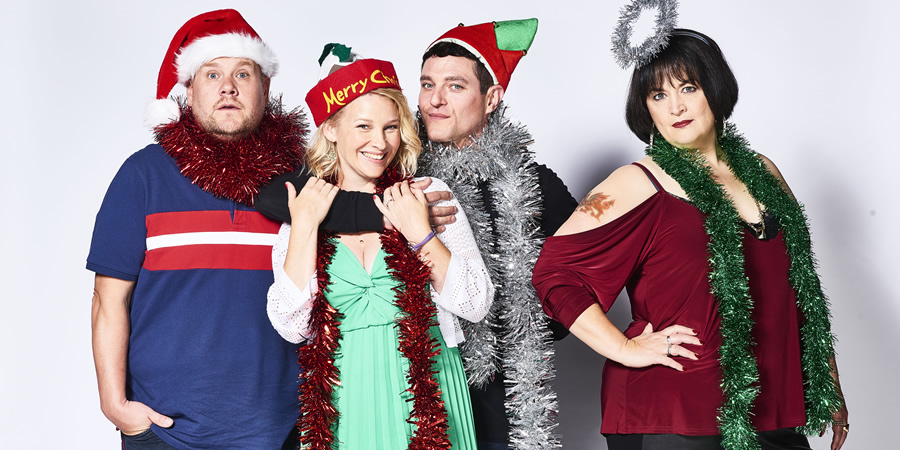 Much-loved, BAFTA-winning sitcom Gavin & Stacey is set to return to our screens for a one-off special on Christmas Day (8:30pm, BBC One). It comes to TV nearly a decade after the last episode, aired on New Year's Day 2010, which drew a cool 10.2 million viewers and cemented its place in the nation's hearts.

It's no surprise, then, that since May, when co-creator James Corden took to Twitter to announce this Christmas special, his momentous Tweet has been 'liked' over a quarter of a million times.

We caught up with all cast members - barring James Corden, who was genuinely sad to miss out, due to commitments in LA - in the heart of London. All the firm favourites return for this new instalment, including Mat Horne, Joanna Page, Alison Steadman, Larry Lamb, and Julia Davis.

Actor Margaret John, who played neighbour Doris and received a Bafta Cymru lifetime achievement award in 2009, sadly died in February 2001. This new episode is dedicated to her, but it carefully steers clear of the mawkish or the sentimental. Ruth Jones told us it was her "biggest regret" that Doris/Margaret could not be there: "We wanted to raise a glass to her but also undercut it, which is what she would have wanted".

How to bring back a classic? 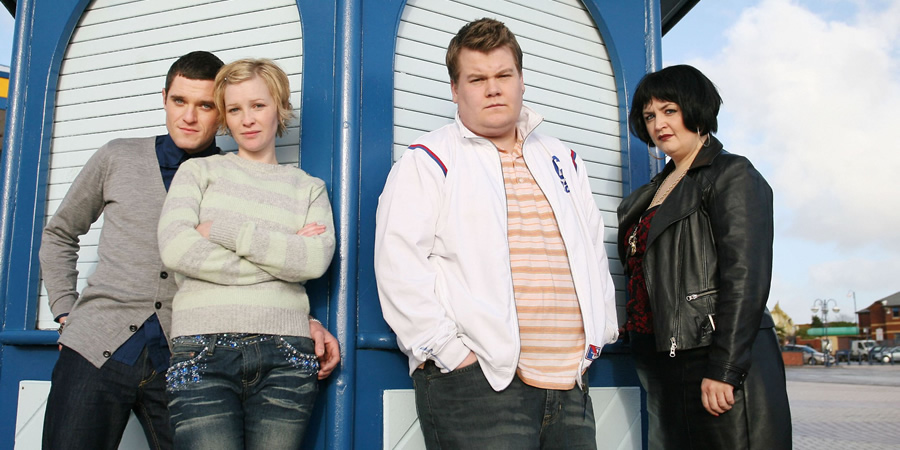 Ever since the third series of Gavin & Stacey ended and its beloved characters left our screens, fans the length and breadth of Britain have been clamouring for more.

Despite always wanting to inject more life into the families from Billericay and Barry Island, Ruth Jones revealed that she was never certain about the comeback until relatively recently.

She and James Corden had worked on the script in secret from September 2018, with Jones forced into lying to her friends about why she had been flying out to LA so much ("I just love the place! A nice holiday!"), and also to the press whenever she was asked about a possible return.

James Corden noted in interview with Radio Times that, initially, "We'd confused ourselves in thinking there needed to be an absolute narrative arc - there was so much in the story, there was no room for the characters to breathe".

The penny dropped when they found an emotional core: the struggles of a central couple desperate to find time for romance given the hustle and bustle of adult life. It is sure to resonate with anyone who has tried to maintain a balance between work, responsibilities, and the spontaneous spark of love. Indeed, Jones disclosed that she and Corden were not entirely happy with another special until they found that key "reason" for central characters Gavin and Stacey, the beating heart of the sitcom. 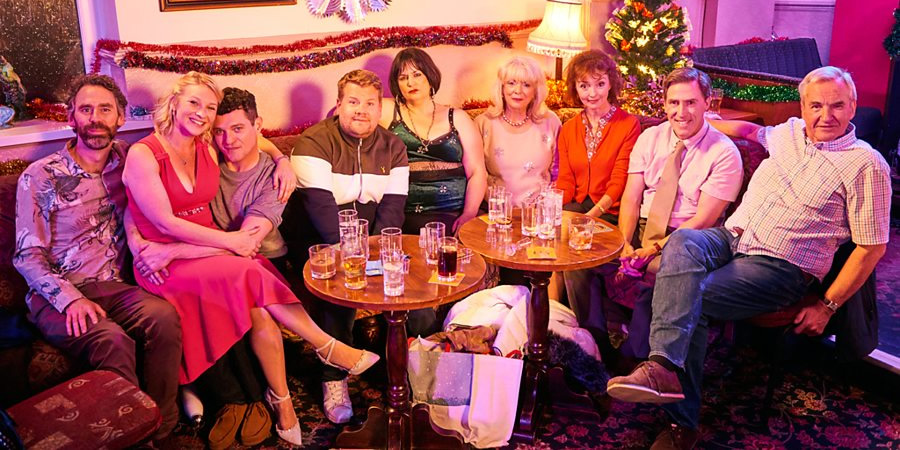 Ruth Jones revealed that coordinating schedules was the hardest part of all, because finding a "2½ week period to commit to" is a challenge for these successful actors. When she finally got the go-ahead, she was only too happy to make what she describes as "joyous" phone-calls to all the cast, full of anticipation and warmth. Larry Lamb - who, along with Jones, describes the Gavin & Stacey team as a "family", and the best of friends - noted that he was "excited", but also concerned. "Could they pull it off?" You'll be pleased to know he was overjoyed with the result, welling up just recalling their time together. "It's every bit as good as you would have imagined, and then a bit better."

When Joanna Page received the call, she was "ecstatic" [Ruth Jones corrects her: "Hysterical!"]. When the script was sent, she read it from cover to cover in the nearest car park, giggled her way through, and then proceeded to text Ruth and James several of her favourite lines back at them.

Melanie Walters (Gwen) was a little harder to track down. First, she received a text from James Corden that began "Hi, it's James Corden" (just like that, with his full name), and she assumed it must have been a scam and promptly ignored it. Next, James tried to call her several times from LA, but it came up on her phone as a hidden number, and she never answers hidden numbers!

Alison Steadman (Pam) told us that when they all gathered together for the first read-through, she suddenly went, "Is anyone as nervous as I am?" They knew it was a huge undertaking to revisit these cherished characters, and wanted to make sure they got it right. But she loved it: "I had a lump in my throat!"

Rob Brydon (Bryn) concurred wholeheartedly, claiming "I had tears in my eyes" watching the episode from beginning to end. Indeed, Mat Horne went as far as to call it "the best episode we've ever done". 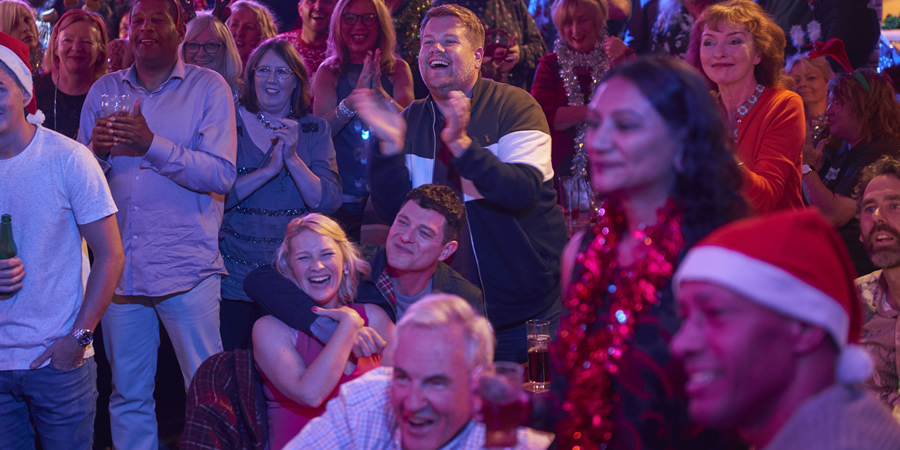 Brydon also amusingly revealed that because Bryn's classic cardigan and trousers are, of course, made of "100% polyester", he was "very hot" and rather uncomfortable given that filming took place in the middle of July. Bryn cooks Christmas dinner for the gang, but the comedy star says he's never actually prepared one in real life... We'll leave you to find out how Bryn gets on!

Both Brydon and Steadman were present at the BAFTAs this year, before this Gavin & Stacey comeback was made public, and Alison told Brydon, as though in code, "I'm nervous about G&S...". Totally oblivious, Brydon thought she was talking about some Gilbert & Sullivan opera she must have been in! 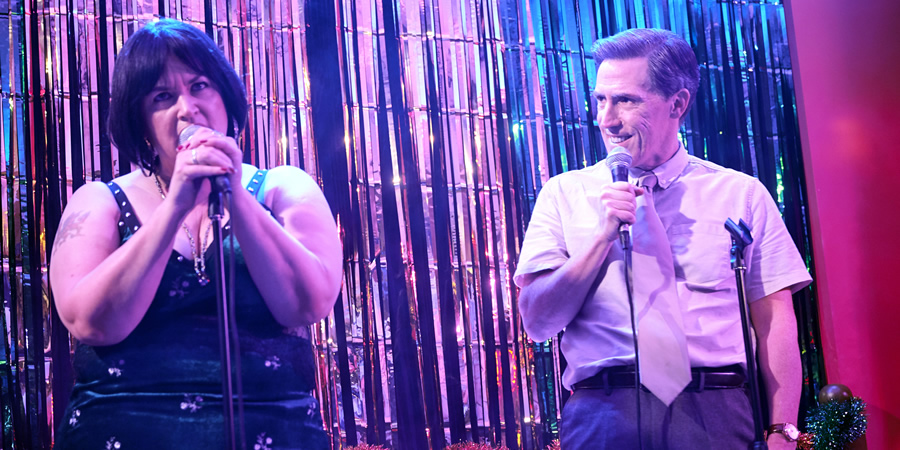 Ruth Jones had a whale of a time playing Nessa once more, and even wears one of her original skirts in this special. "I find it liberating playing Nessa... I feel brave and so at ease". During filming, she even played around with assembled fans in the character of Nessa. When one wanted a tight hug and a photo, she joked, "Oh, love! Don't manhandle me! Who do you think you are?". Similarly, to a topless guy who wanted an intimate hug: "Oh, love! Back off!"

Likewise, when crowds were rowdy on Barry Island, she was even able to shout over to them, as Nessa, "Oh! Have some respect!".

Larry Lamb also loved shooting on Barry Island again, noting the contrast between the first episodes they filmed there (where some kids threw rocks at them, and they had to be escorted by the police), and their current, enthusiastic reception, where the locals proudly refer to it as 'Barry-Bados'!

The end, or just the beginning...? 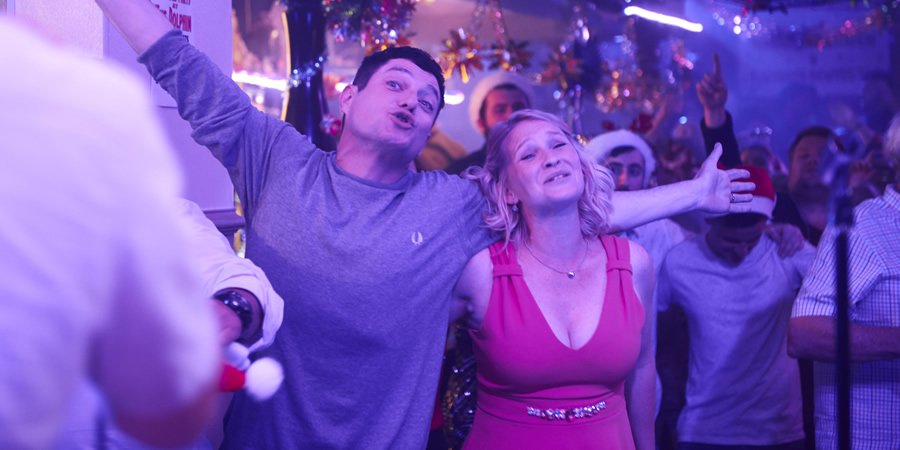 Without spoiling any essential plot points, the one-off Christmas special involves a kitchen meltdown and a walkie-talkie (as shown in the now widely-shared teaser clip), and even a new character entering the fray...

Asked whether there could be more Gavin & Stacey beyond this Christmas special, Jones responded, "Who knows?".

So, could fans be treated to even more of these cherished characters? "No concrete plan, but hopefully...". Fans will have to wait and see!