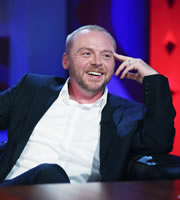 Miley Cyrus joins Jonathan Ross. She says her appearance on the show is all about her, not fellow guest Helen Mirren: "I'll continue to do Hannah Montana until I take over this show!" She says her Hannah Montana days are numbered - "I'll continue to do it as long as people want to watch... [but] what I want to do is film" - and in future she'll be taking on serious roles. And she teaches Jonathan some new dance moves.

For the first time Helen Mirren talks about the infamous bikini shot when she was spotted enjoying intimate moments with her husband on a remote beach, and how it's affected her attitude to filming and made her more wary:

"I love being free [but] I'll be more careful in future. I'm not young and beautiful, it's exhausting holding your stomach in all the time!". She also calls for the legalisation of brothels after researching her new movie: "It does make sense to me because when it's illegal the girls get so abused. One of the worst things in our society is trafficking, I think it's appalling."

For the first time in 20 years Spandau Ballet are reunited on TV, for an interview and performance, despite vowing never to return after their acrimonious court case. Tony Hadley said: "We've become friends again, we said what we had to say, we get older and we get wiser."

And Simon Pegg talks about the excitement of recreating the role of Scottie and reveals he's signed up for the Star Trek trilogy.

Spandau Ballet performed Chant No.1 (I don't need this pressure on) and Gold.