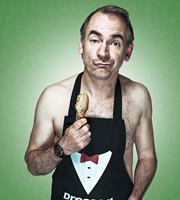 Martin Goodman is a little bit odd. Fond of going shirtless inside and out, Dad is a true one-off.

Dad is hard-of-hearing and wears a hearing aid, often using his deafness to get out of scrapes with Mum.

Whenever dad hurts himself he can be heard shouting the phrase, "Shit on it!". 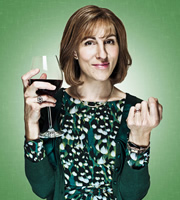 Mum loves Masterchef, men with nice bums and having a natter with her best friend, Val (who has the same hair) - but most of all she loves her family.

Mum would love her eldest son, Adam, to hurry up and find a girlfriend, telling him: "Why don't you go on the internet and have a little look with Dad?". Mum adores her boys and fusses over them. In fact, she still cuts Jonny's toenails. 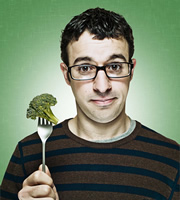 Adam is the older brother. He's in his mid 20s and is trying to forge a career as a musician. At the moment, though, he's been forced to try his luck as a jingle writer, but he hasn't had much luck...

Adam's single, and Mum and Dad constantly ask him about his relationship status. Mum regularly tries to pair Adam off with a girl called Tanya Green, while Dad tries to coerce him into looking for 'females' on the internet.

Adam quite likes going home for dinner on a Friday, but would also be quite happy to leave after about four minutes. 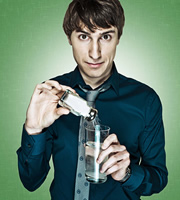 Jonny is the younger brother. He's in his early 20s and works in an estate agents. Compared to his "failed musician" brother, Jonny has "a proper job". He's also a massive wind-up merchant. When he's not teasing Adam about his lack of a "female", he's jumping out at him from inside a bin-liner.

In Series 1, Jonny has a girlfriend called Alison. However, no one in the family has ever met her. Alison seems to spend a lot of time with her friend, Simon, or as Adam describes him, "Alison's boyfriend".

In Series 2, Jonny starts going out with his boss, Liz, who is 43 ("She's old enough to be your grandmother," says Adam).

Jonny is definitely cooler than Adam... but that's not saying much. 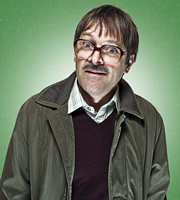 Jim is the Goodman's neighbour, and quite possibly the only man in the world who's terrified of his own dog. The dog's name is Wilson, and Jim is never seen anywhere without him.

Jim always manages to interrupt Friday night dinner. Deep down he'd love to be invited in for some grub, but somewhere even deeper down he's got a huge crush on Jackie.

In Series 2, Jim goes on a date with a lady ("Where did you meet this lady?'" asks mum. "In a yellowish room."); gets blind drunk on Wilson's birthday; and finally gets to come for Friday night dinner.

In the latest series Jim swallows Wilson's sleeping pills and sleepwalks around the Goodman's house.