Mrs Professor Shales gets suspicious and assumes her husband is having an affair - but with Vod, not Oregon. 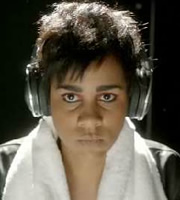 Oregon resolves to break it off with Shales, but he wrong-foots her by leaving his wife and turning up on her doorstep.

Josie's fiancé Dave is moving into the house by stealth, much to Kingsley's chagrin. Under suspicion from Dave, Kingsley blurts out the details of Josie's indiscretion with JP. The marriage is off.

JP is in denial about his father's death, and diverts his grief into desperate attempts to get out of doing his end-of-term exams. Meanwhile, Brian begs Howard to resume their friendship.

This episode was first show online via 4oD, from the 26th October. The delay of this episode was due to a drama broadcasting across the previous week.