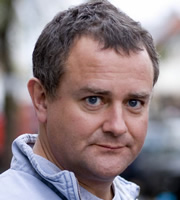 Matt, a book editor by trade, has just been made redundant. Now middle-aged, it seems that he is no longer welcome in the ultra-ageist world of showbiz. Matt doesn't actually want to be part of this world anyway - but as he has to try and remain part of it if he wants to cut it as a freelance book publisher.

In an attempt to get work, Matt must work with material he hates - whether it be literature's visionary new genre: the fun, ultra-violent, torture-porn, endurance-horror; or a rude TV historian that knows nothing about his genre but is still a best selling author by getting a team of writers in a basement to pen his books for him.

Matt and Elizabeth cling to each other as tightly as they can as they set out to brave the increasingly hostile world around them. Whatever happens, at least they've still got each other. 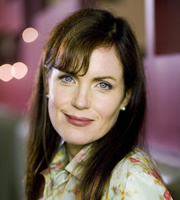 Elizabeth is American and an Oscar-nominated actress who was discovered by Robert Redford. She's acted in numerous successful films with people like Brad Pitt, Sean Penn and Robert de Niro. That was then.

Representing Elizabeth's career is Leon, one of the leading agents in the business. The trouble is, he is also a friend outside of the work environment and so doesn't give Elizabeth's career the attention it deserves. In fact his lack of attention is often so bad that he doesn't even bother to hide the fact he is more concerned about the welfare of his other clients.

When Leon only manages to get Elizabeth an insultingly small role as a servant in a costume drama it's the final straw, and Elizabeth decides to move agents. However, actually firing Leon isn't an easy matter - he is, after all, not only now living with Matt and Elizabeth for some reason, but is also known for his volatile temper. 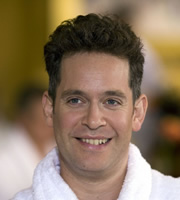 Leon is Elizabeth's agent. He is one of the most powerful men in the talent agency business and capable of bullying anyone into anything. He can often be heard shouting rude words down his mobile phone, a gadget which seems to be almost permanently glued to his ear. Leon has a total disregard for manners, as can be seen when he happily makes loud phone calls in the cinema or at the dinner table.

For someone so confident in his day job, Leon is surprisingly immature and needy in his private life. Unluckily for Elizabeth and Matt, they are Leon's only friends and thus he can often be found staying in their spare room, or gatecrashing their private life.

However, worse still, Leon does not use his powerful position in the industry to re-pay their hospitality. Although Leon does urge Matt and Elizabeth not to lose heart as they find their careers fading, he pours all his efforts into promoting the latest teenage reality TV star, rather than finding Elizabeth new jobs. 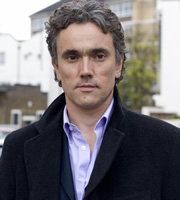 Stephen is a rich, successful and smooth publisher whom Matt often turns to when trying to get a book published.

Stephen seems to have a knack for knowing what book will sell, and can often be found making obscene profits from a manuscript Matt had passed on, or sold to Stephen's company too cheaply.

Stephen likes 'trends' and will shamelessly publish anything that will make him a profit - this includes 'torture-porn' and 'endurance-horror', two genres which don't actually sit that well next to Stephen's current big sellers: books by authors who were abused as children.