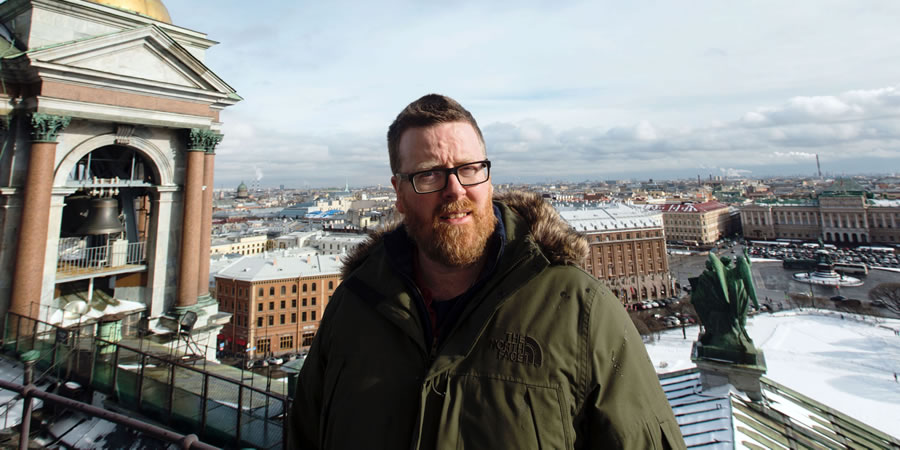 Frankie Boyle looks around Russia ahead of the 2018 World Cup

Frankie Boyle travels to Russia in the lead up to the 2018 football World Cup, with the tournament about to kick off against a backdrop of spy poisoning, alleged state-sponsored doping, threats of ultra-football hooliganism and perhaps the worst relations between Russia and the West since the Cold War.

In this two part series, Frankie visits several host cities to see how Russia is preparing for the tournament and go behind the stereotypes and half-truths of Russian football and culture with his trademark provocative humour.