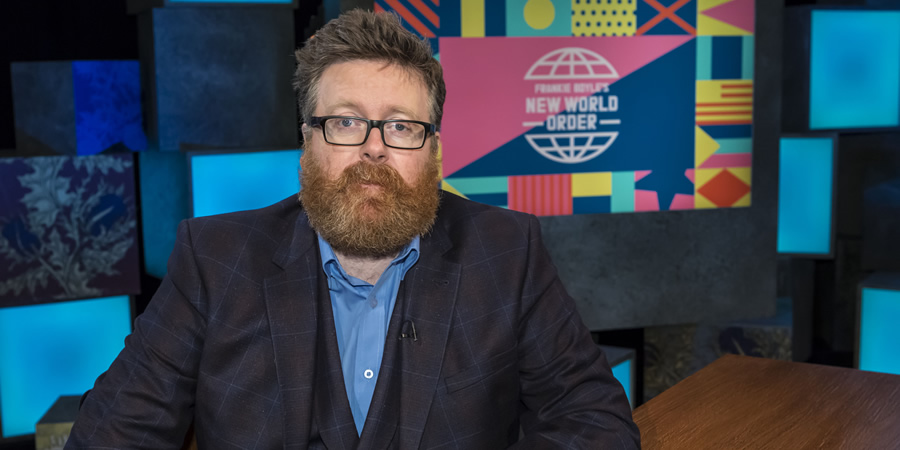 Frankie Boyle hosts a weekly lively discussion, where the week's talking points are dissected, as well as examining the wider political and cultural agendas that are shaping our fast changing world.

Commissioned in the midst of the most unprecedented political and world events in recent history, comedians Sara Pascoe and Katherine Ryan join Frankie as he leads an informed, provocative and debate-fuelled review in which he presents comedians, experts and punters with his own outspoken views and invites them to counter him.

Frankie Boyle says: "As a newly recruited shill for the military industrial complex, I look forward to distracting the bovine masses and earning my place on the Space Ark beside the frozen head of John F Kennedy."