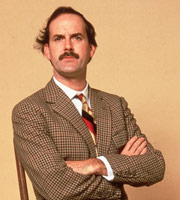 Rude, snobbish, obtuse and with little patience, entering the hospitality industry was probably never the best move for Basil Fawlty. He is constantly frustrated by his wife and the guests who he considers a nuisance to the smooth running of his hotel. He'd dearly love to attract a higher class of clientele, but his own behaviour and knack of getting into sticky situations will forever be his downfall. 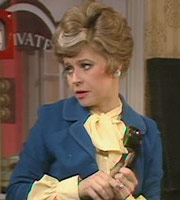 Sybil is Basil's nemesis. She's domineering and controlling, has a fiery temper, but manages to keep her cool much of the time. She takes a more pragmatic, collected and considered approach to the business and the hotel industry than Basil, although her lack of ambition does frustrate him. 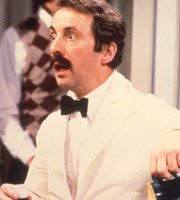 Manuel is Fawlty Towers' waiter, bell-boy, porter, and all-round dogsbody. Basil has hired him - with the intention of teaching him English - because he's cheap, but any attempt at having him do something useful is thwarted due to Basil's only rudimentary grasp of 'classical' Spanish, rather than the contemporary dialect Manuel is fluent in. However, even were he fluent in English, Manuel probably wouldn't be an awful lot more useful... 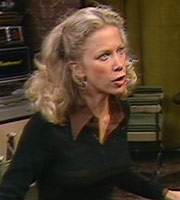 Polly is the only member of Fawlty Towers' staff with a sign of ability or competence, and so the part-time waitress ends up doing almost everything. When not struggling to calm down Basil, placate Sybil or instruct Manuel, she can often be found doodling sketches, of which she sells enough "to keep me in waitressing".