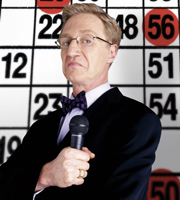 Mind you, when you see the tat he has to put up with... 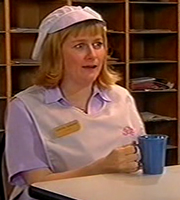 Christine runs the diner and can't resist eating most of the stock. She lives with her Chihuahua, Penny. Only one of them has a sex life and it isn't Christine.

Christine was married but her marriage didn't last as long as one of Mary's migraines. However, Christine is adored by Martin, a man who is too shy to proclaim his love. 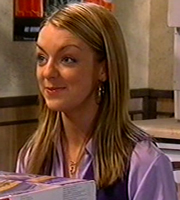 Sandy is the assistant number checker. Only 19, she's going out with "our Terry".

It comes as a bit of a shock to Terry that Sandy is expecting their first baby. He thinks her bulging stomach is attributable to wind: "Why else did you think I gave up smoking? The idea of a naked flame next to that? Doesn't bear thinking about."

Together, they want everything to be perfect - "our Tina's just had a birthing pool," says Sandy.

"She had it in the living room with all the family watching from the couch. She dilated ten centimetres during Top of The Pops and gave birth during Midsomer Murders." 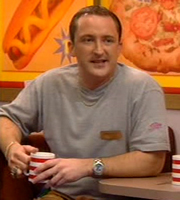 Bobby is the Rio's repair man. He tries to help Martin because he finds getting off with women so very, very easy.

"I know. He intimidates a hel-luva lot of men. I think they feel threatened taking a slash next to him. It's like a buffalo and a meercat takin' a drink from the same watering hole." 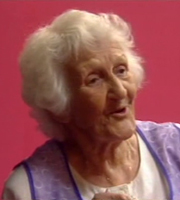 Mary is the Rio's resident cleaner - although she believes 'Toilet Duck' to be an exotic bird...

Well past official retirement age, Mary has at least 12 children and no teeth, and delights in telling Ray all her ailments including her prolapsed womb:

"I was hardly out of the doctors at one time. They'd be there shoving it back up, and by the time I'd got home it'd pop back out again. It was a bloody inconvenience, I can tell you. It'd pop out at bus stops, chip shops, you name it. That's why you'll only see me in Lycra. You know where you are womb-wise." 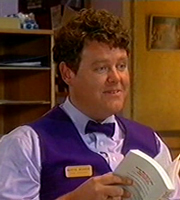 Martin is the number checker and has been hopelessly in love with Christine from the moment he set eyes on her, shoving half a packet of Hobnobs down her gob.

Martin lives with his mother, who puts him on the bus each morning.

Known to Ray as "blubber-boy", he's fat and sad and has the worst haircut in the world because "someone on me mother's side married a Maori and we've had trouble parting ever since".

But Martin has a helper in his quest to win Christine.