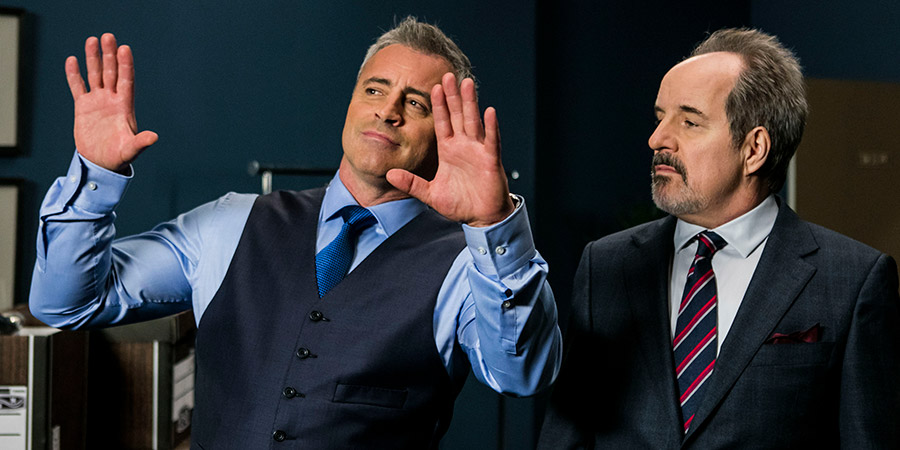 The video of Matt's escapade with the girl in the box goes viral.
Preview clips

Matt's tryst with the Danika, the girl in the box, has gone viral. By the next morning, the sex tape has already gotten millions of hits. The network is freaking out. No amount of damage control can contain this. Sponsors are pulling their ads. The FCC is threatening to take action against The Box. And yet it's Christmas morning for Merc who hopes to use this as the excuse to get rid of Matt once and for all.

At first Matt refuses to accept the gravity of the situation. It's all his agent and publicist can do to make him realise his little dalliance may cost him both his job and his reputation. Matt tries to take matters into his own hands by calling Elliot Salad, the head of the network, to plead his case. He ends up getting much more than he bargained for.

Meanwhile, life goes on for the rest of the world. Sean and Beverly endure a disastrous casting session with Tim. And Carol gets stoned with her maid.

The script meeting from hell

Matt invites Beverly and Shaun to a Madonna concert, but they can't get out of an excruciating script meeting run by the toe-curling show runner Tim.

After his sexual encounter with one of the contestants on The Box, Matt learns that the experience wasn't quite as private as he had hoped.