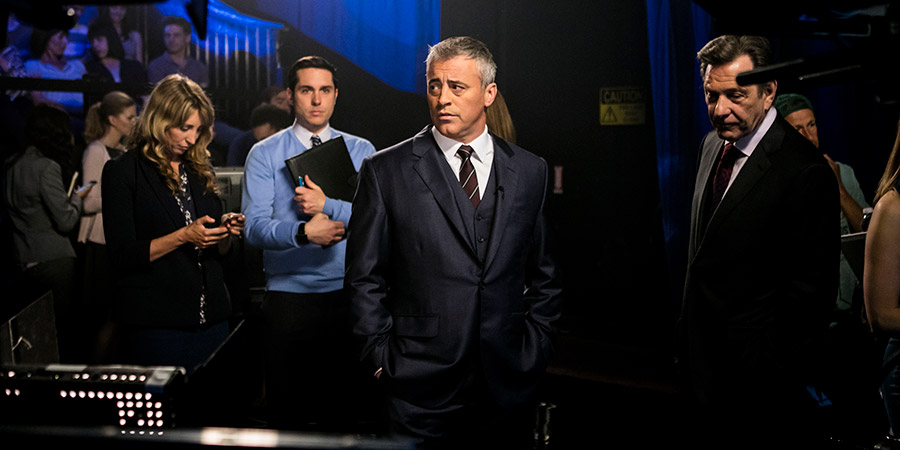 Everyone is at rock bottom. Then Matt makes things worse.
Preview clip

Several months have passed since the end of the last episode. Matt's show The Box is now a runaway hit. Unfortunately for Matt, this means he is now only thought of as a game show host, his years as an actor completely forgotten. Matt's agent tries to persuade him this is all for the best: "Can't you just think of it as reinventing yourself?" Matt shoots back: "As a shittier version of me?!"

The success of The Box also means that Matt must have daily contact with Merc Lapidus. If anything, the animosity between the two has only gotten worse over time. As Matt is the star of the show, he would seem to have some leverage over his producer. But then he makes a decision that puts him right in the palm of Merc's sweaty hand.

Sean and Beverly are forced to work for Sean's loathsome ex-partner Tim. Helen has put Tim in charge of The Opposite of Us. So Sean and Beverly must endure his utter lack of humour or talent as they watch him slowly destroy their show.

Carol has been in a tailspin since she walked away from her position at the network. Unable to find another job, she spends her days at home smoking dope and watching real estate shows. No amount of urging from Beverly can get her to leave the house. So Beverly brings her bagels.

Matt is the host of hot new game show The Box, in which contestants compete as to how long they can live in an enclosed glass cube. But he isn't happy with the new direction his career is taking.