As interest in their new script intensifies, Beverly struggles to keep Sean on course and return to London.
Preview clip 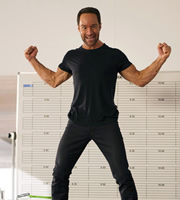 Matt has his own battles to fight when he learns that NBC expects him to audition for the lead in a new drama pilot.

Over at the network, Castor calls a meeting to present his new vision for broadcast television. He puts on a dynamic display, lighting the fuse on the time bomb that is his career.