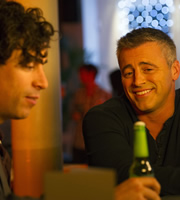 Matt continues to fight for custody of his kids; a situation he has only made worse by getting a DUI with them in the car. Sean is still reeling from the news that Beverly spent the night with ruggedly handsome Rob, while Carol falls under the spell of her charismatic new boss.
Preview clip

Carol's new boss has a very different attitude from what she is used to.