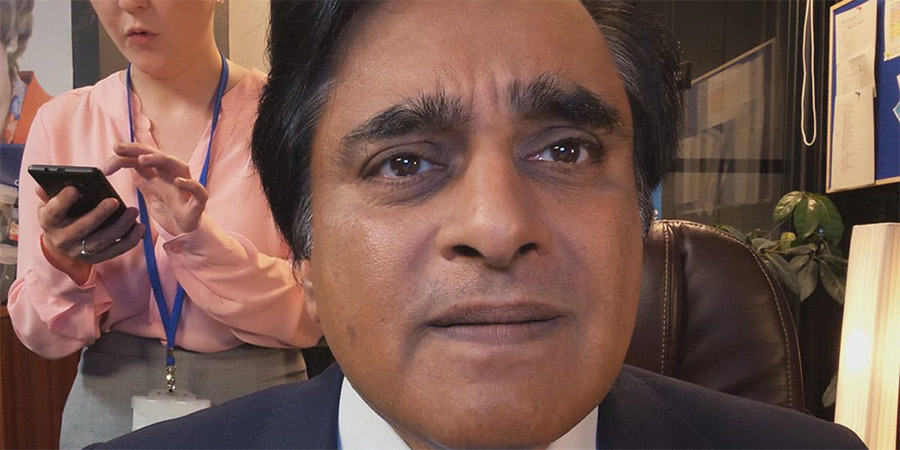 Filmed on the afternoon of transmission, Election Spy takes a comic look behind the scenes at the political parties reacting to the day's themes, rows and catastrophes.

Written and directed by the creators of Ballot Monkeys, the five minute episodes observe what is going on in the Conservative, Labour, Lib Deb and UKIP campaign offices. The footage is presented as if spyware cameras have been activated in computers in the offices.