A comedy drama which charts life at Margate's finest (and indeed only) 1980s inspired B&B.

Wham!-loving Judy Taylor-Chatterjee runs the Edge Of Heaven guesthouse which is also home to her black pudding breakfast enthusiast husband Tandeep and her two grown up kids - loser in love Alfie and his de-mobbed soldier sister, Ann-Marie.

Alfie is a man with his life and future in Margate all planned out ahead of him, until his fiancée Carly leaves him at the altar.

Carly's best friend is Michelle, a sweet girl who's always had a soft spot for Alfie.

Nanny Mo is Alfie's smart as a tack grandmother who lives with his two gay Uncles called Gary. 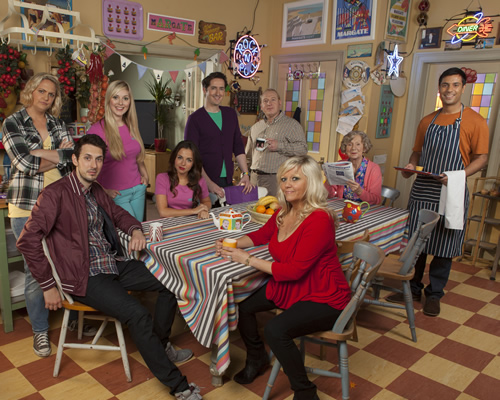