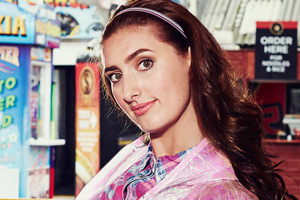 Having graduated from university and returned (six months early) from travelling around India, Meg feels ready to get going with real life.

Having ended up living with ex-boyfriend Mark for a couple of years, he's moved on in life and left Meg to share with cousin Bunny. The only thing she's got to do now is wait for a "glamorous media job" to fall into her lap... 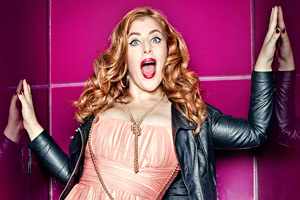 Meg's posh, eccentric cousin Bunny is a spiritual soul and, also having just returned from India, tries everything from sitting as an artist's model to 'asking the universe' for life lessons.

Aspiring to fame through one route or another, Bunny's given singing and acting a go, each with equally painful results.

Meg wishes she'd stop being so snootily dreamy, and is even more frustrated when Bunny constantly gets dealt a better hand than she does. 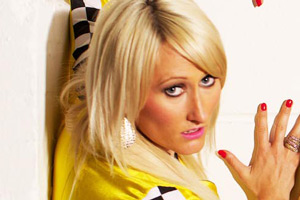 Now she's on a mission to be as filthy as the Internet. So, how do you spell 'tongue'?

Brash, coarse and vulgar, Laura's not a girl any man - or woman - would want to mess with. 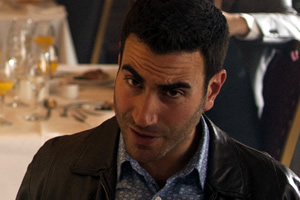 Scott is Meg and Mark's next door neighbour.

Dubbed 'Hot Scott' by Bunny, he's a good-looking trainee counsellor whom both Meg and Bunny have a real longing for.

The question is, which one will get him, and how will their friendship hold out? 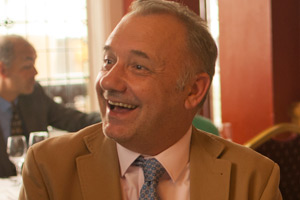 Frank is Meg's proud father. But unfortunately for Meg, it's her brother James that Frank and her mum Jenny are proud of. 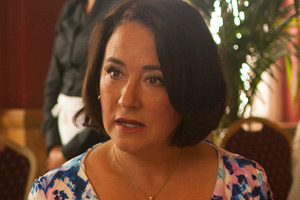 When Meg returns from her travels in India, she finds her mum has turned old bedroom into a walk-in wardrobe for herself. 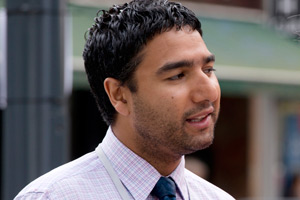 Malcolm is the girls' insufferable boss, by turns jobsworth, dimwit and lecherous.

He works in promotions, which means each week he joins the trio as they dress up in stupid outfits to promote items on the street. Their jobs include trying to sell blankets, condoms, and flogging mobile phone tariffs. 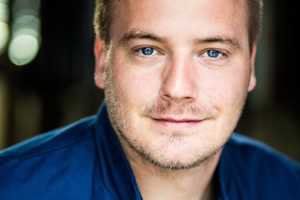 A hapless underachiever with no job, no prospects, and questionable hygiene, they've a relationship dominated by her temper and his hopelessness. 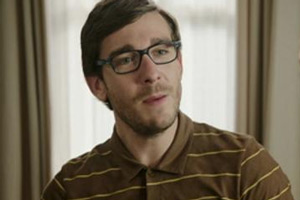 Meg's ex, Mark, is initially weedy and needy. But after she's forced to move in with him again, things start to change.

Much to Meg's frustration, this encompasses a slightly prissy attitude toward sex, and she struggles to coax him into bed.

Bunny - and Laura in particular - are far from impressed, but Meg's keen to be "political" for him.