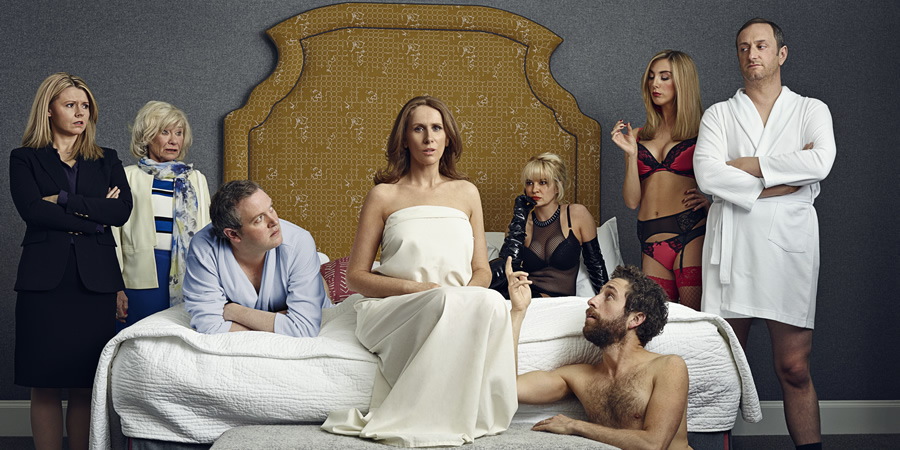 Do Not Disturb focuses on estranged husband and wife Anna, and John, who attempt reconciliation talks after her extra marital affair with a much younger man.

After Anna checks into the honeymoon suite at a boutique hotel in Stratford-upon-Avon, her husband unexpectedly heads to the room a short while later. To add to the confusion, unbeknown to the couple, a 21-year-old man is lying comatose, semi-naked, and asleep in the bathtub, recovering from a rowdy stag do.

What happens next will either make or break their marriage for good.

Anna now has to come up with a plan, deal with well-meaning though hapless hotel staff, and try not to rouse the suspicions of her husband, who has been rocked by her previous betrayal.

With Sheila and Neil trying to keep everything together as the stag do threatens to take over the hotel, Do Not Disturb keeps those Great British traditions of farce well and truly alive and updates them for a 21st century audience.