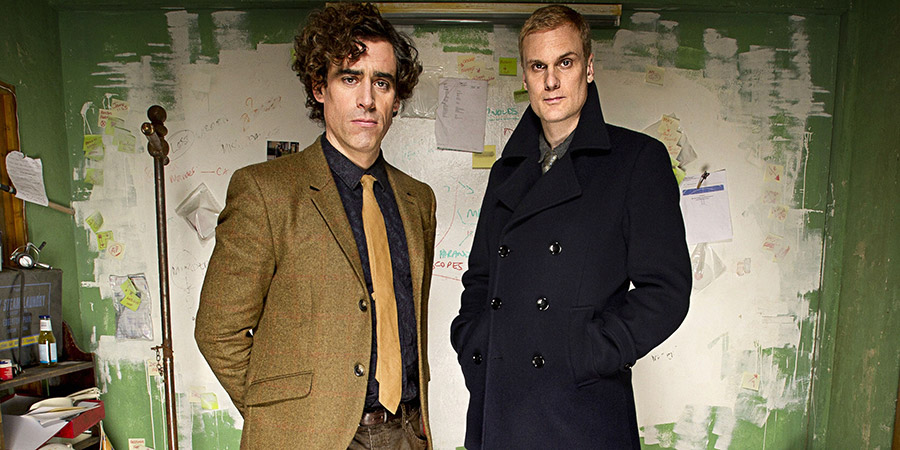 Stephen Mangan stars as the detective. He is joined by Darren Boyd as his unwitting sidekick Richard MacDuff, with Helen Baxendale playing Richard's girlfriend Susan.

Anti-hero Dirk Gently operates his eponymous detective agency based on the fundamental interconnectedness of all things. Perpetually broke, hopelessly chaotic and utterly infuriating, most people suspect Dirk is nothing more than a cheap conman. And they might be right - but nevertheless his methods, though unusual, do often produce surprising results...

When Dirk sets out to solve an apparently simple and harmless disappearance of a cat from an old lady's house, he unwittingly uncovers a double murder which, in turn, leads to a host of even more extraordinary events.

Stephen Mangan says: "I've been a fan of Douglas Adams ever since the Hitchhiker's radio series which I used to record as a child and listen to over and over again in my bedroom. It's such a thrill to now be playing one of his brilliant characters."

"Dirk is a chaotic, anarchic force of nature with a totally unique take on the world. He is described as 'lazy, untidy, dismissive and unreliable'. I've absolutely no idea why they thought I'd be right for the role."