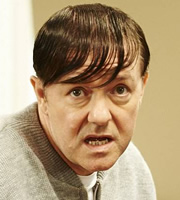 Derek Noakes is a tender, innocent 50-year old man whose love for his job and the people he cares for shines through.

He works in a retirement home and cares deeply for old people because they're kind and funny and tell him stories about the olden days. 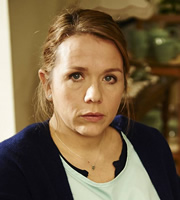 Hannah is the retirement home's manager. She really cares about the home's residents and puts everything into her job to make sure they are as comfortable and happy as they can be.

Due to a lack of staff and funds, she often works many, many more hours than she is supposed to which leaves her little time for a social life.

Work eventually proves to be her saviour, as she falls in love with Tom, the grandson of one of the residents, and they begin trying for a baby. 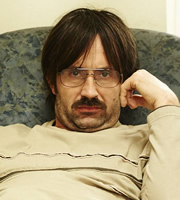 Kev is friends with Dougie and Derek and often is found sitting around at the home... even though he has no official reason to be there.

He has no job and instead spends his day drinking and thinking about sex. He is very seedy and will invariably head every conversation he is involved with into lewd and crude areas.

Beneath the crass exterior, however, there is a troubled, insecure, and somewhat damaged soul with a surprising tenderness and passion. He's also extremely loyal when his friends are challenged by others. 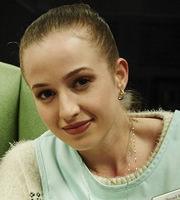 Initially a wayward teenager sent to work at Broad Hill as a punishment, Vicky soon finds that, actually, she rather likes the work and it brings out all of her best qualities.

She is into hair, nails, clothes and boys. She is on the cusp of growing up and being cool. Working in a care home is not that cool, but she does it because she sees the good in people like Hannah and Derek. 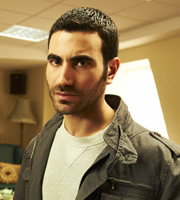 Tom is the grandson of one of the home's residents and can often be found visiting.

After a while, Tom becomes the boyfriend of Hannah - even through they hardly have any time together because Hannah is so busy.

Series 2 sees the couple trying for a baby, but with Tom struggling to find work he's sorely tempted to go back into his old career with the merchant navy. 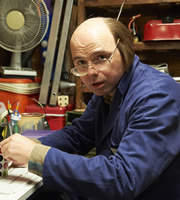 Dougie is the general handyman at the retirement home - he'll fix anything - even though he has no formal training in electrics or anything like that.

As much as Dougie moans about his job, secretly he quite likes it and the friends it brings him.

Dougie is happy just to coast through life, and isn't interested in women or worrying about his appearance.

At the start of Series 2, Dougie has had enough and ends up quitting. 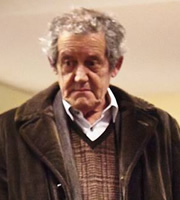 Anthony is Derek's dad. He has not been a very good dad to Derek - he has been travelling all around the world, mainly looking for a bit of 'skirt'.

Anthony moves into the home in Series 2 so Derek gets to spend more time with him. However, it does mean Derek starts to notice his dad's less good qualities - such as his womanising and heavy drinking. Never the less, a strong bond between father and son soon forms. 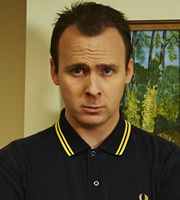 Geoff starts working at the care home as an odd job man, but is later promoted to caretaker after Dougie's departure. He is not a very nice man; in fact he is the primary reason that Dougie decides to quit.

Geoff is basically a little boy who has never grown up or had to deal with people not like himself before. He picks on people, but he's actually quite scared.

In the final episode of Series 2, Geoff pushes Derek to breaking point and the experience seems to shock him into turning over a new leaf.