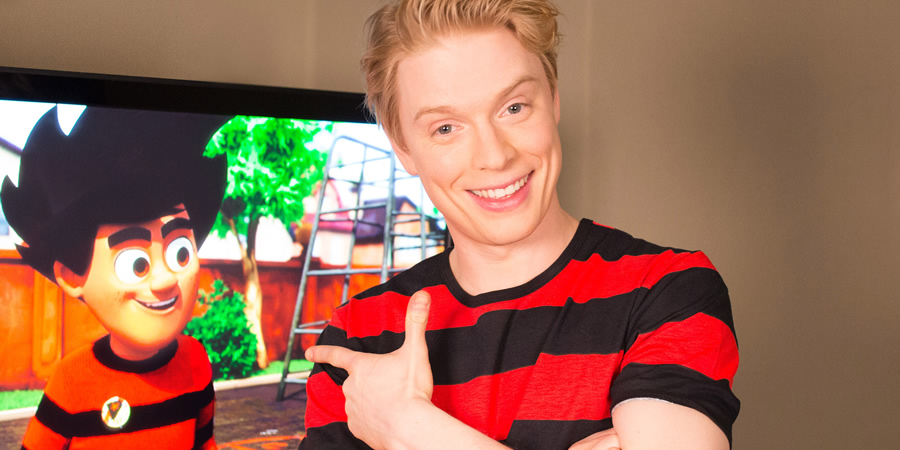 Tell us about Dennis...

Dennis is the schoolboy mischief-maker you can't help but love. He's the bundle of energy imp with a heart of solid gold who will do anything for his mates. He's a little part of every school kid, me very much included and, given that he's been going for well over half a century, a timeless monument to fun, imagination and friendship.

How did you come up with the voice of Dennis? Did you have an idea in your head right from the start?

The voice came pretty much immediately. It was the first voice that came into my head. His laugh is borrowed a bit from a friend of mine, other than that it was just gut instinct. I guess that it comes from the extremely high quality of the writing. When the scripts are that good and the character is so clear on the page, it makes my job of providing the voice a lot easier.

How do you go about voicing a character from script to screen?

Well, I found out fairly early on in the process that to bring a character like Dennis to life it needs to have size. Whilst the subtlety of the character is brought out through the writing and the plots, Dennis himself doesn't keep anything hidden or save anything for later. So, with the help of the other amazing voice artists in the cast, I tried to give Dennis a very strong and identifiable voice. 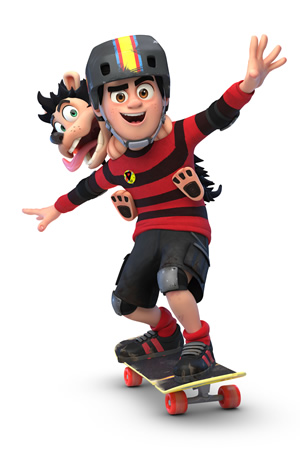 Do you have anything in common with Dennis? And if so what?

I think perhaps the thing I most admire about Dennis is his amazing energy and wild imagination - two things I've very much tried to cultivate in my life as an actor/director.

Did you love Dennis when you were growing up? From a kid's point of view what was it that you loved about him?

I used to read Dennis in the Beano when I went to have my hair cut. I was obsessive and made my parents take me to the hairdressers way more often than I needed to. It would take a lot of persuasion to get me out of the chair! I guess as a kid you love the fun. The adventures. The rebellion against authority. And most of all the friendships, not least with Gnasher! I didn't have a dog growing up, so Gnasher is about as close to a substitute as I had.

What do you think it is about Dennis that has made him endure and remain beloved by generations of fans?

The character he represents is someone we all know. The mischievous school kid with a heart of gold who gets into scrapes all in the name of fun and friendship. I'm very honoured to be his voice for this generation!

What is it about this new series that you think will appeal to both new and existing fans?

I think this is as visually exciting an animation as I've ever seen. Dennis is brought up to date with a great new soundtrack and new characters, which first-timers to Beanoland can relate to. Above all though the content is terrific. Like all the best animations, the scripts work for all ages, with whip-smart jokes, great dialogue and witty pastiche.

What do you think about two new strong female characters being central to Dennis' gang?

Awesome! And essential! Dennis needs foils as he's such a strong personality. What could be better than two whip-smart, hilarious girls to provide brilliant parallel storylines and help keep his feet on the ground!?

What was the most mischievous thing you did as a child?

Umm, I used to stink-bomb peoples' letterboxes on the weekends when their newspapers were delivered. And my best friend and I used to build a lot of booby-traps around our dens in the woods. We used to test them out on our sisters. It didn't make us universally popular!

If you could be Dennis in real life what mischievousness would you like to cause?

I think I'm kinda happy with stink-bombs and booby-traps. I think Dennis would approve.