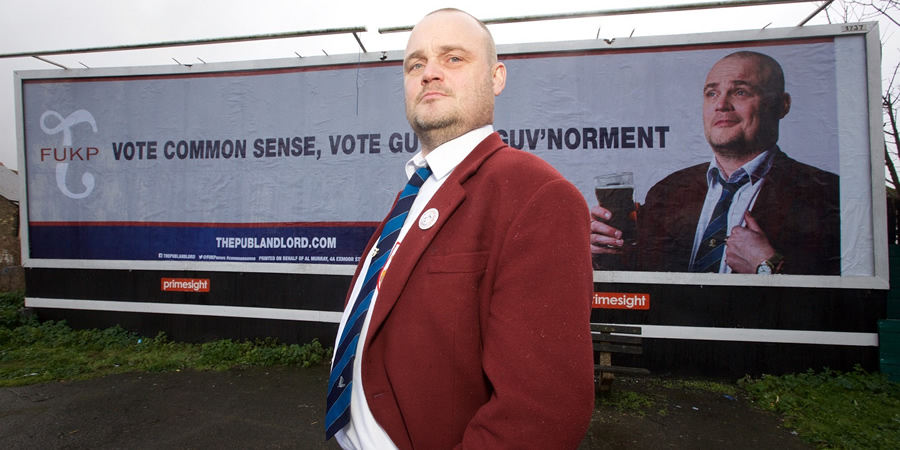 Documentary following the entire campaign of The Pub Landlord (Al Murray) as he seeks election to Parliament in the hotly-contested Kent constituency of South Thanet, also the target of UKIP leader Nigel Farage.

The Pub Landlord is standing against all the established political parties as the sole candidate for his Free United Kingdom Party (FUKP).

The hour-long show features exclusive fly-on-the-wall access on the campaign trail, including run-ins with voters and rival candidates, behind-closed-doors meetings with The Guv's most trusted political advisors, and all the inevitable personal highs and lows of a rollercoaster campaign.

Originally aired on Dave as the polls closed on Election Night, offering an alternative perspective on the General Election as viewers awaited the first results, it transpired the following morning that Al Murray had only secured 318 votes. However, he gained much publicity by standing next to Nigel Farage as the results were announced to the public.