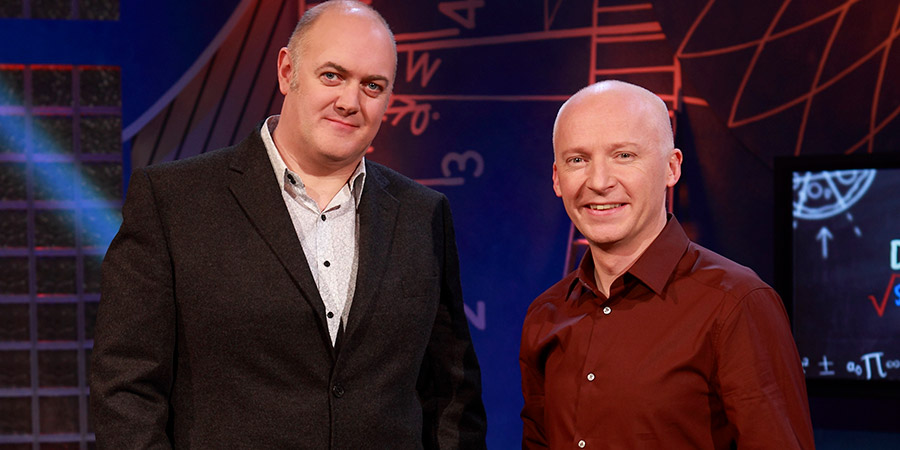 The show is hosted by Dara O Briain. The brainbox Irish comedian and broadcaster studied maths and theoretical physics at University College, Dublin and now he's on a mission to use all his knowledge and intuition to solve some very tasty real-world brainteasers and conundrums.

Dara, with the help of Oxford University maths professor Marcus du Sautoy, uses maths, physics, chemistry, logic and all those hidden mechanics of the world we don't see or are too distracted by football to notice to solve problems.

Each episode is themed and Dara, along with comedy guests like David O'Doherty, Andi Osho, Alex Horne, Simon Evans and Jason Byrne, dissect each conundrum and find out guaranteed ways to solve them.

Want to know how best to save a drowning man? Dara works out the optimum angle to jump into the river and pull them to safety. Want to deduce which door to pass through if the choices are one leading to an exit and one leading to certain death, with each door guard blatantly lying about the contents of each room? Dara finds an answer. Want to find out the most slices you can get out of a pizza if you're only allowed to cut it three times? Dara to the rescue!

Pitted against each other, the teams fought it out to solve some of the world's quirkiest puzzles. From rescuing your best mate from death in the desert and catching thieves in an art gallery, to bluffing your way through your first day at work, Dara shows how maths can give you the advantage.